Praying the Examen With Your Children 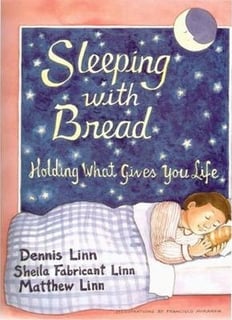 Praying the Examen With Your Children

My oldest son turns 12 next month, and I’ve seen a lot of changes come quick.

He’s starting to notice more of the world. He’s becoming more influenced by his friends and what they do. Being popular and well liked has become an issue now. And, along with that, the latest shooter video games, pop music, and more adult movies occupy his mind.

But as these new interests capture his attention and imagination, I’ve also noticed them dulling his enthusiasm for God. Religion is not as exhilarating. Video games are engrossing, the Mass is not. God is doing amazing things in his life, but they are harder for him to see.

So, I’ve been thinking lately about how to foster more of a relationship with Jesus in my son and help him recognize God in his life. To do that we started praying the examen prayer of St. Ignatius Loyola.

What is the examen?

The examen is an integral part of Ignatian spirituality. It’s a way of understanding how God is present and active in your life.

In the examen, you reflect on what happened during the day with an eye toward figuring out where God was influencing you. At every moment, God is actively working to guide you on a path toward himself. Like Israel in the desert, God is still leading his people to spiritual freedom. You just have to know how to listen.

God’s influence is felt in what St. Ignatius calls consolation. It’s a feeling of comfort, security, love, happiness, and peace.

Sleeping with Bread is a small book that explains the examen in very simple terms that a teen can understand. It describes consolation as the things that give you life. The title comes from a story about child refugees during World War II. Even after they were safe and had plenty to eat, the trauma of living with severe hunger haunted them so much they couldn’t sleep. The only thing that gave these children peace was sleeping with a loaf of bread. It gave them security and comfort knowing they would have food when they woke up. The bread gave those children life.

Similarly, we want to hold onto those things that give us life. That’s God speaking to us and showing us the path to abundant life.

How does it work?

Sleeping with Bread suggests other ways to can ask these questions:

You get the picture. God’s will lies in the things that give you the most life or gratitude. Whenever possible, you should try to do more of that.

It’s taken a while for him to figure out what to look for. At first his answer was always, “I don’t know.” I had to help him some to get the idea of what to share, and I had to share my own most and least gratefuls, as well.

But slowly he’s more able to think back during the day and recall his best and worst moments. After a while of doing this, I started reading Sleeping with Bread to him. I think he understands the process much better now.

Perhaps the most intriguing story in Sleeping with Bread is of a family that does the examen together.

The parents say it’s taught their children to know themselves and have confidence in what is right for them. They tell the story of their 15 year-old daughter turning down a party invitation because there would be alcohol and sexual behavior. “I think Beth’s inner strength has come from all these years of doing the examen and learning to trust that she knows what gives her life and what doesn’t,” said the father.

That’s what I’m counting on for my son. We’ll see. I’ve just started it and he’s just beginning to understand what it’s about. However, I can already see more awareness of spiritual things in him. He’s expressed a desire to be on God’s side several times in these examen discussions. Hopefully, it will lead to more.