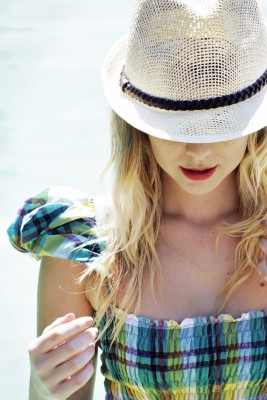 How can something be both immense and minute at the same time?  Something upon which all of human history depends, yet, it is fragile and almost non-existent to the eye?  It is the union of an egg and sperm—an embryo.  Such is God’s way.  He takes something smaller than a mustard seed and brings forth all of civilization. When a sperm unites with an egg, not only has a new human life been set in motion, but so to has a spiritual life.  God places an everlasting soul into the being of every son and daughter.

Most of us rarely think that deeply about it all. Yet, if we do not contemplate the immensity of our role in human creation, it will escape us to the point that we may even seek to destroy it. In our worldly way, we forget eternity and begin to affix costs; physical, mental and monetary.

And looking through those same worldly eyes, the way to prevent the miracle that we do not recognize, is so easy, inexpensive and ironically, also so small—the birth control pill. But the pill is not just capable of preventing the miracle, it can also destroy it.  This is true for all contraception that works through manipulation of hormone levels. In addition to the pill, IUDs, Depo-provera and Norplant, also cause early, undetectable abortions.  Yet, it is a fact of which many with prolife convictions are unaware.

History of the Pill

The pill became a symbol of freedom to those who have been told they can “have it all”. And it is a symbol of destruction to those who support a “Theology of the Body,” philosophy; the essence of Catholic teaching that artificial means must not disrupt God’s natural order of things.

The first birth control pill received approval from the Food and Drug Administration in 1960.  Using a synthetic estrogen hormone, it tricked a women’s body into thinking it was pregnant.  Thus, no egg would be released thereby preventing the opportunity for conception.

Although the pill was initially introduced with the idea of affording women a reliable way of limiting their family size, it soon became the ticket to the Sexual Revolution that began in the Sixties and never really ended.  The pill promised something it’s never been able to deliver on: sex with “no strings attached”. There are always emotional and moral consequences to thwarting God’s purpose but women discovered physical problems too. Blood clots, heart attacks and strokes were some of the side effects caused by the pill’s high estrogen levels.  Drug manufacturers lowered these levels in order to reduce the side effects but that also increased the incidence of breakthrough ovulation.  With the lower levels of estrogen, eggs would sometimes still get released and pregnancies resulted.

The drug companies tackled that situation by adding the synthetic hormone, progesterone which makes the uterine wall—the endometrium-- inhospitable to implantation by an embryo. So if an egg is released and became fertilized by a sperm, thus creating life, the pill actually failed to prevent a pregnancy.  But, through preventing implantation of the embryo, the pill acts as an abortifacient and stops life from continuing to the next stage.

There is no way of knowing what percentage of pregnancies result in abortion through the pill.   To a woman using the pill with this scenario, she never even knows that she conceived a child.  Her cycle continues on schedule with no realization that an embryo was flushed from her body

The Consequence of Choices

The issue of birth control is a big one where misunderstanding and ignorance often misguides people.  But when it comes to the pill, the ignorance that many women fall prey too is the abortifacient properties it contains.  Most women don’t consider that while taking their birth control, they may also be aborting a life within them.  As Pope Paul VI predicted, the use of artificial contraception would lead to abortions.  Although it seemed to be an overdramatic prediction by many, it proved to be prophetic.  In hindsight, its logic is obvious.

Sex both inside and outside marriage ceased to be about a bond of marital love in which a couple became one in union with God.  It became merely an activity for personal satisfaction devoid of anything more.  Society as a whole moved from recognizing it as something reserved for married couples to something for everyone since the possibility for pregnancy was greatly reduced, although never completely removed.  Thus, people completely opposed to having children, could have sex with others whom they had chosen as bed partners but would never chose to father or mother their children.  The most intimate experience intended to be shared in love and self-giving, had become an occasion for life. But such a life was easily regarded as a mistake, nothing more than an unintended problem that could legally be disposed of through abortion.  And those choosing this option, believe that ending the life will give them back their own life in the same condition it was beforehand.  Post abortion counselors understand that women and men who choose to end the life they brought forth are changed forever.

But women choosing abortion and the men that either make that choice with them or plead for them to do otherwise, are very aware of the life choice that is being made.  Women who choose to take birth control pills are typically not aware of the potential ramifications. There is not a baby with a heartbeat that must forcefully be removed, but unbeknownst to many, there is a baby.  Since life begins at conception, a life, even though undetectable to us, is a life. It is the way God chooses to begin things; small and yet mighty in its eternal existence.

Doctors usually fail to warn women of the abortifacient properties of the pill.  I’ve heard some doctors admit they were not actually even aware of these properties.   Women often choose contraception as a means to avoid pregnancy without realizing they are not actually stopping pregnancy, but quickly ending it.

In his booklet titled Does the Birth Control Pill Cause Abortions? Randy Alcorn states that about fourteen million American women use the pill each year. Across the globe it is used by about sixty million.  He writes, “The question of whether it causes abortions has direct bearing on untold millions of Christians, many of them prolife, who use and recommend it. For those who believe God is the Creator of each person and the giver and taker of human life, this is a question with profound moral implications.”

Alcorn was a Protestant pastor who not only used the pill in his married life, but also counseled other married couples to do so.  Five months after the original printing of Alcorn’s booklet, in January 1998 a statement was issued by a group of Christian physicians opposing the idea that the Pill can cause abortions.

Despite evidence, some prolife physicians state that the likelihood of the Pill having an abortifacient effect is "infinitesimally low, or nonexistent."Though I would very much like to believe this, the scientific evidence does not permit me to do so.

Dr. Walt Larimore has told me that whenever he has presented this evidence to audiences of secular physicians, there has been little or no resistance to it. But when he has presented it to Christian physicians there has been substantial resistance. Since secular physicians do not care whether the Pill prevents implantation, they tend to be objective in interpreting the evidence. After all, they have little or nothing at stake either way. Christian physicians, however, very much do not want to believe the Pill causes early abortions. Therefore, I believe, they tend to resist the evidence. This is certainly understandable. Nonetheless, we should not permit what we want to believe to distract us from what the evidence indicates we should believe.

Alcorn’s own vested interests in the pill at first made him resist the evidence suggesting it could cause abortions. But his strong pro-life values propelled him to find out the truth. “Of the half dozen birth control pill package inserts I've read, only one included the information about the Pill's abortive mechanism. This was a package insert dated July 12, 1994, found in the oral contraceptive Demulen, manufactured by Searle. Yet this abortive mechanism was referred to in all cases in the FDA-required manufacturer's Professional Labeling, as documented in The Physician's Desk Reference.”

He says that Dr. Larimore, quoted above, also had a vested interest in denying the pills abortative features. “Dr. Larimore came to this issue with even greater vested interests in believing the best about the birth control pill, having prescribed it for years. When he researched it intensively over an eighteen-month period, in what he described to me as a "gut wrenching" process that involved sleepless nights, he came to the conclusion that in good conscience he could no longer prescribe hormonal contraceptives, including the Pill, the Minipill, Depo-Provera, and Norplant.”

Abortifacient qualities of chemical contraceptions, is something that drug companies prefer to keep quite about.  That’s understandable.  They know that many women who use their products, would not do so if they knew their birth control could actually abort an embryo.  For pro-lifers using such contraception, it may be uncomfortable and inconvenient to face the truth, but ignorance is not bliss. And willful ignorance is worse. "And you shall know the truth and the truth shall set you free." (John 8:32)

As a Christian, you are not just called to hear God’s call and obey it, but you are to share the truth with others.  Most of us don’t want to talk to talk with others about birth control.  It’s easy to say it’s not our business or that people would get angry at us and we care too much about them to risk that.  Yet, it is ourselves we are concerned about if that is our response. Do you love your friends, family and brothers and sisters in Christ to let them know the truth?  Do you love God enough. If you told ten contracepting people this truth and only one took it to heart, you could saved lives and souls. That would be big.

I’ve had a couple family members get angry at me over this. I prayed and offered the information in a non-confrontational way—not accusing but just sharing information. The first person later said she understood that I was only doing what I felt I had to in order to be true to God. The second relative, we simply agreed to disagree.

I have a friend who has an amazing gift for bringing this topic up even with strangers and leading them to the truth. I am not as gifted but I pray and then do my best whenever the opportunity presents itself. As Mother Teresa said: “God does not ask us to be successful, he asks us to be faithful.”

To Forward or Not to Forward?
Read
The Mouth as a Lethal Weapon
Read
Take the Joyful Challenge
Read