Living in the Image and Likeness of God 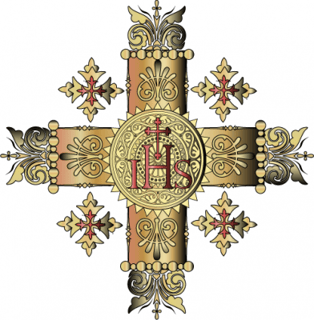 Living in the Image and Likeness of God

Genesis 1:26 reveals in the first creation story that man is created in God’s image.  This is a phrase learned very early in the Christian child’s life.  But is it understood?  What exactly does it mean to be made in the image and likeness of God? Part Three of The Catechism of the Catholic Church instructs in the very ways in which “the divine image is present in every man,” (CCC 1702).   “It shines forth in the communion of persons, in the likeness of the unity of the divine persons among themselves,” (1702).  John Paul II explains further stating,

The function of the image is to reflect the one who is the model, to reproduce its own prototype. Man becomes the image of God not so much in the moment of solitude as in the moment of communion. Right "from the beginning," he is not only an image in which the solitude of a person who rules the world is reflected, but also, and essentially, an image of an inscrutable divine communion of persons, (TOB 9:3).

It is when we participate in a communion with another or with others that we most image the Trinitarian God.  We image a relationship, Father to Son and Son to Father, giving, receiving and returning love, within the Holy Spirit.

This leads us to another way in which man is created in God’s image.  The first of the three letters of John tells us that “God is love,” (4:8).  Again, The Catechism can shed light on how this is revealed in man’s creation.  Quoting from Familiaris Consortio, it reads, "God is love and in himself he lives a mystery of personal loving communion. Creating the human race in his own image . . .. God inscribed in the humanity of man and woman the vocation, and thus the capacity and responsibility, of love and communion," (2331). The love given by the Father, received by the Son, and then returned, is the Holy Spirit, (General Audience November 20, 1985). Because man is made in the image and likeness of God, a communion of divine persons, he is called to love and to be loved.

From Scripture and Church teaching one can get a good understanding of his creation in God’s image; man is created for communion and for love.  One problem should be mentioned and solved in this understanding.  The current definition of the word “love” is up for grabs in the current culture.   The songs of the day, the movies on the big screen and the sitcoms on television give the idea that love is what makes one happy.  It appears to be a self-focused feeling that says as long as one makes another happy he or she will love the other. But when the thrill of the ride is over, he or she probably will not love the other any longer.  Returning to John’s statement that, “God is love,” one can see that this idea of love could never be correct.  Jesus explained love as a gift of self to the point of death when he said, “This is my commandment, that you love one another as I have loved you.  Greater love has no man than this, that a man lay down his life for his friends,” (John 15:12-13).  This scripture is actually modeled by Christ, himself, as he laid down his life for all humanity.  It follows, that being made in the image and likeness of God, that man is called to a loving communion willing to completely give of himself for the good of another.

Paul C. Vitz reveals where the image of the Trinity is best lived.  “Human beings are called to loving, committed relationships with God and with others, and we find our full personhood in these relationships,”  The United States Bishops, in a document on marriage, titled, Marriage; Love and Life in the Divine Plan, take this idea even deeper than a random relationship saying,

This communion of life-giving love is witnessed within the life of the family, where parents and children, brothers and sisters, grandparents and relatives are called to live in loving harmony with one another and to provide mutual support to one another.  The Catechism of the Catholic Church teaches that “the Christian family is a communion of persons, a sign and image of the communion of the Father and the Son in the Holy Spirit,” (USCCB, p. 37).

Could it follow from the acknowledgement that man is created in the image and likeness of God, and that God is a loving, self-donative communion of persons, that the ability to love is the main condition of psychological health for human beings?  This is how man is created and therefore must function to be able to live at his highest potential.

Our culture would have you think that acquiring degrees, great status, large amounts of money, fancy houses and cars are the key to happiness.  But if we look logically at the fact that we are created in the image and likeness of God, and God is a loving communion of persons, that we will find our greatest joy and fulfillment in living as we were created to live, in a loving communion focused on others.

Book Notes: Into His Likeness
Read
New Anthology, Image and Likeness, Puts Life Into Theology of the Body
Read
In God's Image
Read