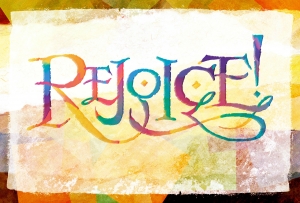 Lately, when I check the next-day weather report, I half-expect fire and brimstone to be in the forecast.  It seems that it should be “time’s up” for the world’s silliness aka. spiritual degradation to the nth degree.

I cannot help but wonder why God is holding back.  He is so very patient with us.  I’m not doing nearly as well in that department. Catholics don’t believe in the rapture so it’s not like I’m wishing for the earth to swallow up the bad people while the good ones stand on a hill and rise into the heavens.

I know that we are all in this together—sheep, goats and every animal in between.  It’s just so disheartening that many are behaving like animals. Yeah, I know that such a bold statement leaves me vulnerable to finger pointing at the big, bad, judgmental, bigot, but things have changed since my childhood. We aren’t in Kansas anymore, Dorothy.   I’m a sinner, you’re a sinner, we are all sinners but my blueprint for how to get to heaven is being trampled on and ridiculed.

One day, being Christian was a good thing and the next, suddenly we are labeled a danger to our fellow man. We are the good guys; the ones following Jesus. That used to be a good thing—at least in this country--but now people hate us for it.

When I was a little girl and heard about the Lion’s Dens, prisons, and persecution for Christians, I could tell myself that I would be willing to be a martyr if I lived back then without having to follow-through on it.  But now, opportunity for Christian courage abounds. But one thing you may not have considered is that joy is part of the deal.

Take the martyrs. Which ones shook their fists and yelled, “You’re going to be sorry for this!” as they faced their executioners?   Not a one. Thomas More, Lord Chancellor under King Henry VIII, was sentenced to death for not publicly supporting the King’s divorce and remarriage outside the Church.  He was light hearted and ended his life with a joke, telling the axman "Please do not chop my beard in two; it has not committed treason.”

Not all saints joked their way to their executions, but all were known as rejoicing in the Lord.  That is where we can find our own joy, in the Lord.   There are no glum saints.

While being joyful is a stretch on some days, it seems that the secret of the saints’ composure under fire and ability to find joy is that they had the peace of Christ in their hearts.

“Peace I leave with you; my peace I give you. I do not give to you as the world gives. Do not let your hearts be troubled and do not be afraid”  (John 14:27).

It is a good starting point because a troubled heart cannot be a joyful one.  And people, who are at peace exude a quiet joy.

“You will go out in joy and be led forth in peace; the mountains and hills will burst into song before you, and all the trees of the field will clap their hands” (Isaiah 55:12)

If instead of peace and joy, Christians show anger and fear, it would not seem that we have the truth.  But we do and the best way to spread it is with joy.

Mother Teresa once said: “Joy is prayer - Joy is strength - Joy is love - Joy is a net of love by which you can catch souls.”

So, I offer the joyful challenge; to be joyful and spread the Good News to the entire world through your example of what it means to be a Christian.