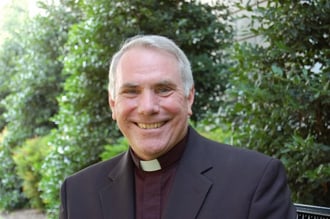 By Father Clete Kiley  Income inequality is rampant. The U.S. Economic Policy Institute reports in a recent study that one percent of this nation holds 35 percent of its wealth. The top 10 percent receive 45 percent of the income, while 90 percent split up the other 55 percent. How did we get here? Pope Benedict XVI offered one answer when he said there is the “prevalence of a selfish and individualistic mindset which finds its expression in an unregulated capitalism." Pope Francis in an address on May 16, offered another answer when he said: “Human beings themselves are nowadays considered as consumer goods which can be used and thrown away.” “While the income of a minority is increasing exponentially, that of the majority is crumbling,” he said. “This imbalance results from ideologies which uphold the absolute autonomy of the markets and financial speculation, and deny the right of control to States, which are themselves charged with providing to the common good.” This economic philosophy, borne of the Austrian School of Economics, is at the heart of this income gap. Pius XI called this philosophy “the poisoned spring.” In this philosophy, no one cares about income gaps; after all, it’s all about me. Implementing unregulated free market capitalism necessarily means rolling back safety regulations, outsourcing jobs, cutting back hours, bringing in immigrant guest workers without labor protections, eliminating entitlements and mounting a coordinated effort to break labor unions. It is no coincidence that over the past year the United States has seen an orchestrated effort to cripple the National Labor Relations Board and watched the hold up of appointments to the Labor Department, the Environmental Protection Agency and the Consumer Fraud Agency. How betters to cripple those agencies? These agencies along with labor unions are the instruments that protect workers and resist their being treated as commodities. These are the very agencies that help reduce gross income inequalities. All of them are under assault from the advocates of today’s unregulated free market capitalism. The U.S. Catholic Bishops again this year rightly remind us to use Labor Day as a time to reflect on the dignity of workers, on the right to have unions, and on the challenge of gross income inequalities. Business schools at Catholic colleges and universities also provide the perfect opportunity to be catalysts for transforming our economy and culture in ways that reflect the Catholic understanding of the common good and a preferential option for the poor. But maybe this Labor Day must also be a call to vigilance -- vigilance that as we engage the New Evangelization we remember the exhortation of Leo XIII to “Go to the Workers”— vigilance that Catholic writers and leaders don’t manipulate the Church’s social teaching so as to mute the Church’s harsh critique — and a vigilance to what Pope Francis has named this philosophy’s tendency to “tame religion.” To address income equalities labor unions are an essential part of the solution. Keep breaking them down, and watch the inequalities grow. Be lulled or tamed by this “poisoned spring” of an economic philosophy, and the misery of millions will only grow.