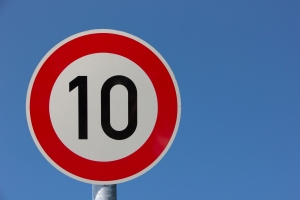 Well, well, evolution really does work. The Atheists now have a set of Ten Commandments, aka “The List for Life.”  Apparently, the virtuous gene has replicated itself enough times that atheists are ready for something akin to Judea/Christian rules for behavior.

Evolution works a wee bit slower than God, however, since this set has arrived over 3,500 years after the originals God gave to Moses.  They weren’t even placed on clay tablets but at least there are still ten of them. I’m not sure that the number ten was arrived at through natural selection or if it was blatant copying from God, not that atheists would ever admit such a thing.

As reported in the Sidney Morning Herald “The writer, philosopher and pillar of the Fourth Estate, Alain de Botton, has just published a set of 10 commandments for virtuous atheists.” They are being touted as a potentially positive influence on modern life. Something, like umm, Christianity, where treating others like you want to be treated is considered a good idea.

Let’s see how the atheist’s ten stack up against the real deal—the Ten Commandments that God gave to Moses on Mt. Sinai.  Keep in mind that the Catholics and Protestants disagree over one of them, so I will be working from the Catholic list.

Here is a refresher of the Ten Commandments:

By taking God out, the ten suggestions are more about genteel living, and sacrifice is more of an art than a calling. Tolerating others is about self—things just go smoother that way. And there is nary a “Thou shalt not” since self denial is not on the top ten evolutionary chart. This list merely points out ways to develop traits that will be helpful in this world and since this is the only world an atheists acknowledges, why not develop them?

While God-believing people reach deeper—all the way to their souls—and higher--seeking heaven--at least now the atheists have something that scratches just below the surface. Without God, it really is an ambitious list:  a bit of sacrifice and love for others, a touch of hope thrown in (although limited to this world) and even forgiveness.

I give the atheists credit for trying to come up with a template for virtue, something already written on the hearts of man--by God. For love of fellow man and virtues beyond reason are not given to us by evolution. Even in this shallow form, it is a good sign that atheists want something more.  Let us pray that they keep on looking until they find the real thing.