Remember back when I bought my tablet and I thought I'd be using it to blog and write and all that stuff? 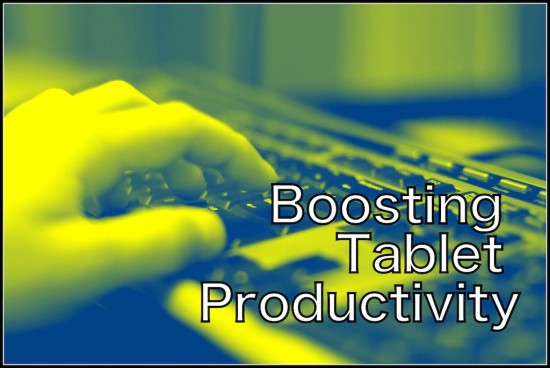 Actually, I found it kind of awkward to get used to typing on a touch screen. So the tablet that I had such grand plans for became the Facebook and email machine.

The Nexus 7 is a fantastic tool for social media and email. It jumps between Gmail accounts seamlessly and makes it really easy to keep up with your correspondence. Because it interfaces so easily with Google (and all its attendant cronies) it is actually a handier tool than my iPhone for any more than a quick glance at what's happening.

But it's also much less portable since there's no 3G/4G connection on the 16 GB Nexus 7.

I had a lot of trouble using the tablet for Google Drive and even for writing in Blogger because the keyboard took up so much space on the screen that I couldn't see what I was typing, so I gave up on using it for blogging. I was a little disappointed because I had spent close to $200 on a tool that was basically being used to play.

Ed, my brother, is the guy who helped me wade through the unfamiliar territory of picking a good piece of equipment to begin with.  To help solve my productivity problem, Ed suggested that I get a bluetooth keyboard and use the tablet as a monitor when I'm writing. He showed me how it worked with his and it was a beautiful thing.

Now when I turn on the bluetooth keyboard, the touch screen keyboard is suppressed and I have full-screen view to look at what I'm doing, no matter what app I'm using.  Ed also uses a bluetooth mouse, but I prefer to use the touch screen. It works just as well for me and it's less equipment to carry.

I use Google Drive to do my papers and typed notes for classes and my Blogger app to write my posts. When I'm not in WiFi range, I use "Writer" (a free android app that promises and delivers distraction-free writing) and transfer my work to a word processor when I get close to one. It works like a charm and it's so much lighter and more portable than my 17" laptop.

I am currently using an Apple keyboar, that I borrowed from my dad. I have to say, it's got a nice "touch" to it. It types easily, it's super lightweight and uses the ubiquitous 2 AA batteries for power. It is a nice size for typing and it maintains its bluetooth link very well. But the downside is that it runs a whopping $64.99 on Amazon right now.

Bluetooth keyboards can be acquired for about $15 - $30 at most computer super-stores or on Amazon, but users report there are issues with lag and loss of the link with the tablet on these keyboards. Ed, who uses the proHT 71101 (a sub-brand of Inland) tells me that it's a power saving function and you get used to it pretty quickly. The proHT 71101 runs about $15, but Ed picked his up "open box" for $10. He figured that the compromise in connection and lag time was worth paying only 1/6th of Apple's price.

He added that if money was no object he'd be using the $90 Logitech Android Tablet Keyboard (that's much less on Amazon--wish I'd know that!). Its sleek design is intended specifically for use with tablets and combines the heartiness of connection that I love about the Apple with the "I'm-not-giving-any-more-money-to-Apple" that Ed loves.

{Update!} This just in: Ed found a Logitech keyboard with hard shell carrying case that doubles as a stand. AND it's under $40 on Amazon.

Be aware, there are USB driven keyboards out there, but they nosh on your power in a big way and, on a Nexus 7, they plug in where your power cord plugs in (using a mini-USB connector), meaning that if you're charging, you aren't working, so I highly suggest a battery operated one.

Editors note: There are Amazon affiliate links in this post. You pay no extra, but we get a small amount for every purchase made through us. Thanks for your support!

Wonder is the Beginning of Wisdom
Read
The iOS7 Upgrade: Improvement or Disappointment?
Read
Via Crucis: An App for the Stations of the Cross
Read