Teresa Tomeo: From Hot-shot Anchor to a Handmaid of the Lord Gather Us In 2013 Keynoter Teresa Tomeo’s amazing journey 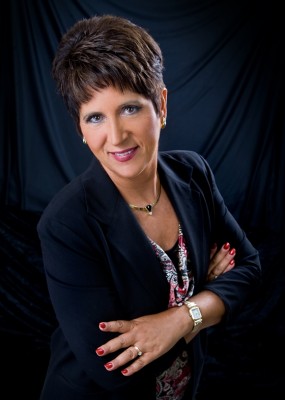 Teresa Tomeo has known she wanted to be a news anchor since she was in the third grade. “I was in the spotlight early,” she says. Educated in a “blue ribbon” Catholic school through grade 8, Ms. Tomeo recalls that her teachers, recognizing that her “gift of gab” needed an outlet, gave her a part in the Christmas play and Ms. Tomeo never looked back. News seemed like a natural fit for the girl who admitted, “I was very nosey, could never keep a secret so I thought, well news is the perfect place for me to be.”

Coming of age in the 1970’s, Ms. Tomeo admired the women pioneers of television news, especially Barbara Walters. A self-professed type A personality, Ms. Tomeo worked hard at her profession and subsequently achieved the enviable position of top news anchor in Detroit, Michigan. “I became a household name,” she says.

Although she was raised in a good Catholic home she always felt she had “one foot in the Catholic world and one foot in the secular world.” She began to drift away from her faith in college, heavily influenced by the cultural messages of the 1970’s and 80’s. “The pull of the world was just too strong for me,” she says. “I just didn’t think [my faith] was relevant anymore. I didn’t think I needed God.”

Her career became all encompassing, to the point where it began to erode her marriage. She recalls, “I was raised in the ‘Yuppie’ generation where it was all about us and your career came first, and if you got married it was nice but it was kind of an extra thing. It certainly wasn't looked on as a lifelong sacramental commitment.” Both she and husband Dominic worked crazy hours, she in radio and television news casting, he in engineering. “We began to drift apart,” she says.

His working daily 9 to 5 and on weekends, and she working the night shift, anchoring the 10 pm news meant that they never saw each other. "We thought we could handle it," she says, "but we couldn't."

A chance outing at a Detroit Pistons game began the journey back for the couple. Ms. Tomeo's news director, a born-again Christian, had invited them and sensed something in Ms. Tomeo’s husband that prompted an invitation to a men’s Bible study. It proved to be a life-changing experience which at first presented major challenges for the couple. His renewed faith clashed with her continuing emphasis on career until the marriage reached a crisis point.

Tomeo knew she was being convicted by her husband’s renewed faith and in order to return to that life of faith, she would need to be free from her present environment, one that was toxic and decidedly anti-God. The sudden firing from her top news anchor position in Detroit placed her on the unemployment track for six months, and ultimately, back on the path to her faith.

With her old life stripped away, Tomeo began to look back at the Catholic faith she had left behind. That six month period drew her closer to her husband and the two became active in their local parish. Coming back however was not immediate. “It was a process, not an overnight decision. It was building inside of me,” she says. She returned to television work but became uncomfortable with what she saw in the media. “I saw so many things happening in the media, it was like the scales fell off my eyes with all the violence and bias and bad programming content.”

No longer able reconcile her moral conflicts, she shifted away from secular media and formed her own company, Teresa Tomeo Communications. Her heart now on fire for the faith, she began speaking out about the media and the cultural desensitization it creates.

“I thought I was going to be a newscaster the rest of my life,” says Ms. Tomeo. “Little did I know that it was all training for what I'm doing now.” She is fond of calling God is her “news director and executive producer.” 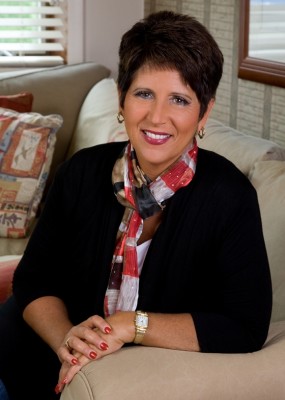 Recalling how influenced she was by the culture of the 1970’s and 80’s and how it drew her away from the Church, Ms. Tomeo is on a mission to warn people, especially women, of becoming “absorbed, bleached and digested” into the culture. She first heard this phrase while attending a presentation by Archbishop Charles Chaput of Denver, CO, a “rock star” of the Catholic Church in her eyes. Increasingly alarmed by the proliferation of media through the internet and mobile devices, Ms. Tomeo uses the platform of her daily syndicated radio program, “Catholic Connection” (produced by Ave Maria Radio and syndicated by EWTN) plus a weekly television talk show on EWTN known as “The Catholic View for Women” to get out the Gospel message.

“This is where my passion is, especially for women, to really have this true relationship with Christ that's in the beauty of the teachings of the Church,” she says. Ms. Tomeo will be sharing that passion in her keynote and workshop presentations for the Gather Us In 2013 diocesan women’s conference taking place on November 2.

In her keynote address entitled “Handmaids of the Lord: Re-discovering the Dignity of Women,” Ms. Tomeo will show the depth, beauty and truth in the Church’s teaching on women while examining their roles in the Church. She will draw from her personal testimony as well as her work as a Catholic journalist.

Her workshop presentation is entitled “Extreme Makeover: Seeing Yourself Through the Eyes of Christ.” Of the presentation she writes, “In this inspiring presentation you’ll learn how my extreme makeover was done not by a plastic surgeon or a home-improvement specialist you might see on TV, but by the great physician Himself, the Lord Jesus Christ. I will share how the media and its influence have impacted her own life and will also provide seminar participants with the tools needed to makeover their media habits and positively impact the culture.”

Teresa Tomeo has become a leading voice for women in the Church today. In 2008 she was one of only 250 women to participate in a Vatican congress on women which took place in Rome. Just recently she was invited to participate in an international conference to celebrate the Thirtieth Anniversary of the Charter of the Rights of the Family sponsored by The Pontifical Council for the Family and the Union of Italian Catholic Jurists. It will take place in Rome from the 19th to 21st September, with the participation of jurists and experts in relevant fields from all over the world.

The Commission for Women is delighted to have Ms. Tomeo as one of their keynote speakers. Brochures for the conference complete with registration form can be found at local parishes and Catholic bookstores. You can also download one online at www.worcestercommissionforwomen.org, request a brochure by email (worcestercommissionforwomen@gmail.com) or call 508-839-3055 and leave your mailing address. Spaces are filling up quickly; registration closes October 26.