Will there be Marriage in the Afterlife? 32nd Sunday in Ordinary Time, Cycle C 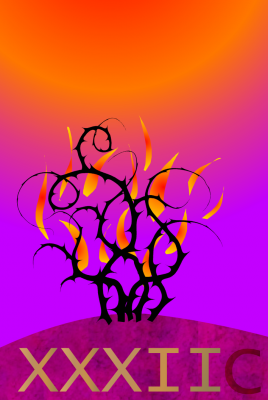 Will there be Marriage in the Afterlife? 32nd Sunday in Ordinary Time, Cycle C

Given their history, it seems rather strange.  After all, for hundreds of years the Jews lived alongside a race that was totally preoccupied with life after death.  The Egyptians built pyramids that were wonders of the ancient world.  But their sole purpose was to launch their leaders into the next world.

Yet the Jews really had no concept of life after death.  True, they believed in Sheol (aka Hades) but the shadowy, underworld existence of departed souls could not properly be called “life.”  For the Jews, unlike the Greeks and Egyptians, the soul really could not have true existence apart from the body.  A human being, in their understanding, did not just have a body.  It was not just a vehicle that the soul drove around town.  No, the body is an essential part of the person.  The body is the person.

So finally, when about 150 years before Christ a group of pious Jews called Pharisees came to believe in life after death, they instinctively knew that the body had to be involved.  Salvation was not about being liberated from the body to enjoy bliss as angelic souls, but rather had to mean the resurrection of the body.

The religious establishment of Judaism never bought into this.  To this day, most Jews don’t have a definite belief in life after death.  In Jesus’ time, the conservatives, which included the priests, were called the Sadducees.  In Luke 20: 27-38 a group of them present to Jesus a scenario designed to discredit this silly belief in the resurrection.  In this world, death of a spouse frees a woman to marry another.  What if she is made a widow six times and marries a seventh.  In the resurrection, all will be alive at the same time–who’s wife will she be?

As they snicker, the Lord Jesus exposes the problem.  They assume the resurrection will be a mere resuscitation, a return to bodily life as we currently experience it.  But Jesus points out our risen bodies will be different that they are now.  Our bodies now are mortal, vulnerable, actually rather fragile.  A lifetime of great nutrition and disciplined exercise can be instantaneously ruined by a sudden rendezvous with an 18-wheeler.

In the resurrection, we’ll become like the angels in this way–our bodies will no longer be mortal or vulnerable.  I don’t know about you, but for me, that will make quite a difference in my lifestyle and daily routine.  Marriage is a love relationship for sure.  But it is also an institution that is bound up with realities of mortal life.  Reproduction is necessary because we someday will die and so need to raise up replacements to carry on.  In heaven, we won’t need to worry about the survival of the species or the family name.  Paying the bills and balancing the budget is a big part of the institution of marriage and family as we know them.  But the bills we work so hard to pay each month just won’t be an issue in the hereafter.   Medical insurance is no use when you are immortal.

But there are some things about marriage that will last forever.  Marriage points beyond itself to eternal realities.  God is an intimate and loving communion of persons.  We are made in the image of this triune God which means that we are made for self-giving love.  Marriage is a realization of this vocation as well as a symbol of an even greater love relationship–the marriage between God and His people, Christ and His Church.

So there are things about this life, and about marriage, that will last forever. But there are also things that will pass away.  The resurrection will be not just more of the same, but a transformation of life, a launching into a new realm of life, a life of eternal love of God and one another that will be more exciting than we can possibly imagine.