Catholic Singer/Songwriter Karl Miles has released his most recent studio album entitled "Where are the Warriors". This album challenges us all to live out our calling to be saints--to seek the Kingdom of God before all else. Karl's hope is that it will awaken and encourage all who live in these times. "In this age of grand illusions," he sings, " what is true is quite disfigured, few know what to believe." Thus, we must recall, relearn, and live the ageless truths. The song "Purpose" states "I must live with one goal in mind, I must seek the Kingdom of God. We are here not for pleasures or gold, but to love with all our soul." This album is a call to arms . . . to Prayer and Holiness . . . before it is too late.

Karl was raised in a devout Christian family all of whom were involved in music in some form. Excelling on the Trombone, he entered Wheaton College Conservatory and received a bachelor's degree in Performance. While there Karl also worked on the guitar honing his craft as a singer/songwriter. Wheaton College was also where the conversion of a few close friends to Catholicism sparked his own interest in the Catholic faith. This ultimately led to his conversion to the Catholic faith in 2001. 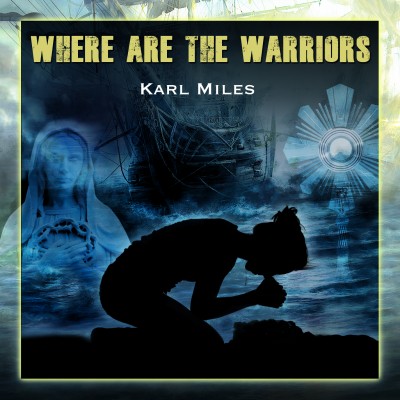 Where are the Warriors?

Karl's love for Eucharistic Adoration led him to meeting his wife Cori, the founder of Spirit and Truth Illinois, a young adult Eucharistic Adoration group. They have been married for five years and have 3 young children. His desire and calling to use his gift to call Catholics to a deeper relationship in Christ, as well as the need for Catholics to wake up from our often lukewarm walk with the Lord serve as the inspiration for his music ministry. Together Karl and Cori created "Prayer Through Song", a ministry that consists of an hour of Eucharistic Adoration combined with reverent, prayerful, contemporary praise and worship music. He also performs concerts and provides music for retreats.

Visit www.karlmilesmusic.com to purchase "Where are the Warriors". It is also available at most digital stores.

A Meandering Missive about Singing by Pat Gohn
Read
Sing, Sing, Sing!
Read
The Side Door to Sisterhood
Read