Dealing With Miscarriage: The Physical Experience

Editor's Note: Today, we welcome Constance Hull as a contributor. She'll be sharing a series about miscarriage and then...we'll see! :) Constance blogs at Holiness in Motherhood and can be found on Twitter and Facebook. Welcome, Constance! We're glad to have you! -SAR 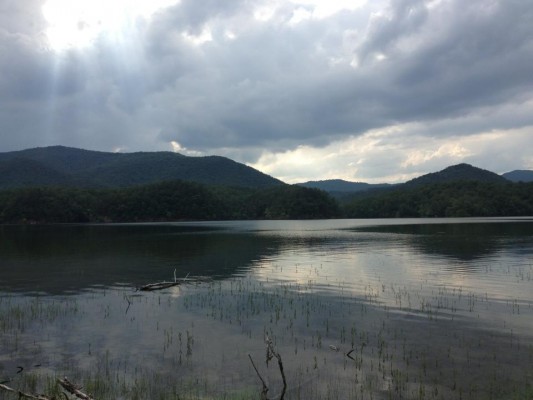 Recently I had my final blood draw that ended of a month of bloodwork to figure out why I keep having miscarriages, post-partum depression/anxiety, and severe PMS.  It turns out that I have significant estrogen and progesterone deficiencies.

It was the miscarriages that really led to me finding (or rather, she found me) a doctor who was interested in figuring out if I have a hormone issue.  I am writing about miscarriage because it is a deeply painful experience for families.

It is a pain that most people suffer in silence and there are limited resources to help those dealing with the grief.  This is further complicated by a society that has deluded itself into thinking that an unborn child is not a human baby.  This first post is just going through my own miscarriage experiences at the physical level.  I will then share posts on grief, the spiritual component and Catholic response, and also about resources that are available especially through NAPRO doctors.

So here is the beginning of my story.

In November of 2010, just three months after I got married to my husband, we found out that I was pregnant with our first child.  We were shocked, as most new parents are, but overjoyed.  Shortly after I found out I was pregnant I had some bleeding and called an OB/GYN I had seen advertised on the back of the parish bulletin.  He saw me the next day and told me that we had to wait another week to see if the baby was healthy or not.  After a week of fear, we were overjoyed to learn that our now daughter, Michaela, was perfectly healthy.  However, I was not prepared to learn that she had a twin who had died.  I was stunned and confused by the news.

Miscarriage was never on my radar: my mother never lost any children.  What did it mean to lose Michaela’s twin?  My doctor told me that mentally it would be harder than physically, because my body would re-absorb the lost baby rather than have a full miscarriage.

My first pregnancy was a mix of joy and grief. I mourned privately.  This loss was difficult for people to understand.  They all wanted me to focus on the child who was still alive, and I was, but I also grieved the loss of her twin.

I was also violently ill with “morning sickness” for almost all 9 months.  It was a humbling experience that taught me a lot about sacrifice and marriage.

Once I had our beautiful daughter, I would wonder what it would have been like to have twins.  I would see twins and my heart would break or I would cry.  I was so thankful to God for our daughter, but it still hurt.  The grief lessoned as I began my duties as a new mom.  Sleep deprivation took over and the joy of having my daughter took hold. The grief never fully goes away, but time does dull it.

Five months after Michaela was born I discovered that I was pregnant.  We had always planned to be open to children and rarely used the Sympto-Thermal Method of NFP we had been taught.  I was in real shock at first.  I had just had a baby a few months ago along with an unplanned C-section.

After the shock wore off and the happiness started, I began to think about names.  I had always thought Michaela’s twin was a girl, but with this pregnancy I started to think about boy’s names seriously.  I had started getting the pregnancy glow and I was not nearly as sick as I was the first time around.  That should have been a clue.

I woke up one morning and just did not feel pregnant anymore.  It was a strange feeling.  I ran to the store to get a pregnancy test and the pink line was very faded.  I knew in my gut something was wrong.

Sure enough, in the middle of the night I started to bleed and by 6 a.m. I knew that our baby was gone.  It just happened to be the day that our first ultrasound was scheduled, so we went in, and after seeing the images, my doctor sympathetically told me what I already suspected.

We were scheduled to leave for Washington, DC, that day, so we packed up the car and headed out of town.  We stopped at our church and asked our priest to pray with us and then proceeded onto DC.

The next few days I bled out my child and grieved.  My heart broke in new and profound ways.  I have never known the kind of grief I felt knowing that I was flushing my dead child down the toilet.  All of my miscarriages have been first trimester.

I cried off and on for months.  I was scared to get pregnant again.  My heart hurt too much.  I read the only book I could find for Catholic women on miscarriage.  The resources are scarce.

I talked it over with friends of mine who had lost babies.  I talked to our priest.  And finally, I asked our priest to do a Mass in November for families who have lost children, no matter how old.  It was a healing moment.  We never got funerals, so this was good-bye, along with prayers for the dead.

I started to feel ready to try again.  We had been open, but I had not gotten pregnant.  I don’t think I was ready.

In early January of this year, I discovered that I was pregnant for the third time.  I was so happy.  Michaela and I made a picture to take to Phil to announce that she was going to be a sister.

But this pregnancy was different.  It was awful.  I was throwing up three days a week and then spent four days feeling like I had debilitating post-partum depression.  I could barely function.  I was wondering what was different and then my early ultrasound came.

Oh how I hate those ultrasounds!  There was a sac but no baby. The doctor tried to tell me that I could just be early or ovulated late, but I knew better.  I pay attention to my body.

A week later my doctor confirmed that the baby had died very early, but my body still thought I was pregnant.  He told me my options were to see if it happened naturally or get a D & E.  For a woman like myself who works to stop abortion and help women in crisis pregnancy, the thought of the same procedure as an abortion did not sit well with me, even if it was for medical reasons and the child was dead.  I said I would try naturally.  After all, I had already been through this.

The next week was horrible.  The bleeding was slow and I felt physically drained.  Then on Sunday night, February 17, I started to bleed heavily.  At first I was relieved that it had started, but very quickly I knew that something was wrong.

When you miscarry, the blood is not supposed to flow freely out of you.  You are only supposed to fill a pad every 30 minutes to an hour at the heaviest part. I was filling pads within minutes and then seconds.  I was sent to the ER where they treated me like an actual emergency.

It is actually scarier when the ER responds to you like it is supposed to.  No waiting and a lot of running.  I just remember them trying to get two IVs in and then being rolled into surgery.  I was doped up on morphine at this point.

Having an emergency D&E is a surreal experience.  You go into the hospital bleeding to death and a couple of hours later you walk out barely bleeding.

Thankfully, I had friends who had been through this and I called them right away.  I knew it was dangerous, so I got to the hospital before I needed a blood transfusion.  Ladies, if you are bleeding this much, do not wait.  Go to the ER.  Even if they send you away, it is worth it.  I have had multiple friends who waited too long and needed transfusions and in-patient hospital stays.  You can black out and bleed to death.  It is not something to mess with.

My first miscarriage was a lot like the heaviest days of my period, not like this miscarriage that got to a point in which I would fill a pad by just standing up.

This miscarriage has been the hardest on me.  I still have not recovered physically, mentally, or spiritually from it.  I already had grief to deal with and then had to go through the trauma of a life-threatening miscarriage.  Thank God I live in this time of modern medicine! My body still has not reset to its normal cycle.

I wrote this post to give you a little background on my own personal experiences.  I hope it does not re-traumatize anyone.  I hope it makes you realize that you are not alone.

Feel free to share any of your own stories here. If you need a good saint to ask for prayers from I find St. Gianna Molla to be a good one and, of course, Our Heavenly Mother is always willing to listen and pray for you.  I always ask her to care for my babies.