Catholic Schools Week to be Observed in Dioceses Across the Country 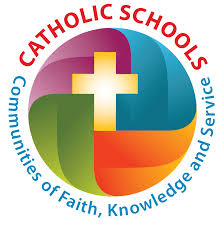 National Catholic Schools Week 2014 will be observed in dioceses around the country January 26 – February 1. This year’s theme, “Catholic Schools: Communities of Faith, Knowledge and Service,” focuses on the principles of a Catholic education.

“Our schools have educated millions of young people over the years by providing them a superior academic background, always pointing the way to eternal life,” said Archbishop George Lucas of Omaha, Nebraska, chairman of the U. S. Conference of Catholic Bishops (USCCB) Committee on Education. “The success of Catholic schools in handing on the faith, generation after generation, is a bright light in the history of the Church in the United States.”

About 2.1 million students are currently educated in more than 6,600 Catholic schools in cities, suburbs, small towns and rural communities around the country. Students receive an excellent, faith-filled education that prepares them for the challenges of higher education and a competitive world. An estimated 99 percent of students graduate from high school and 85 percent of Catholic school graduates attend college.

“The heart of the apostolate of Catholic education is the mission to proclaim the Gospel of Jesus Christ. Catholic schools provide a rich environment of faith and learning where students experience how much God loves them in Christ. They are free to express their own love for God in prayer and the celebration of the sacraments and to express love of neighbor in a community where each is respected as a gift from God,” Archbishop Lucas said. “Our students hear Jesus inviting them to be his followers and friends, and they learn how to respond to him with generosity and faith.”

The observance of Catholic Schools Week began in 1974. This year marks the 40th anniversary of this annual event. Schools and parishes around the country will hold activities such as Masses, open houses, and pot luck gatherings to celebrate the community they represent.