January is the month of new year’s resolutions. It’s a month that sees new gym memberships surge and bad habits wane (hopefully!) But what’s really interesting is how ‘resolved’ folks are come next month. Will your life remain changed next month? Will you still be a new person? What did you give up? Will all your problems be resolved with these resolutions?

If you’re like most folks, (92% according to a new study put out by the University of Scranton) you won’t achieve your new year’s resolution this year. In fact, a third of folks never make it through the first month! Learning that can be pretty disheartening especially if you’re still in the ‘honeymoon’ period and still really excited about making that decision to positively impact your life.

Why Such a High Rate of Failure

We’re not psychologists or statisticians but it seems to have something to do with the very idea of a resolution itself. After all, resolving to do something is simply making a decision. It’s typically done in a very positive and encouraging atmosphere. Think about it: before, after or during family gatherings when spirits are generally high is when you really begin considering what you’re going to resolve to do or quit.

There’s also the inherent procrastination factor because you’re gearing up to do it in a week or two--you know--in the new year. So if it’s losing weight, you’ve got time to enjoy that last round of sweets or fatty foods. You won’t have to get up to jog until after everyone’s back to work. You can quit smoking once all the big parties have come and gone.

So deciding to do something isn’t really doing it and once a hardship, temptation or special occasion rolls along, it’s easy to resolve to do it one last time and then resolve back to your original resolution. But something inside you feels a sense of failure or inconsistency or something that’s just not quite right. By month 6, you’ve likely joined the 46% who completely fall off the resolution wagon. Then what? 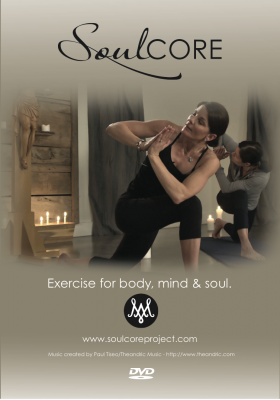 You could resolve to be a part of the 38% of people who simply never resolve new year’s lifestyle improvements or goals they want to achieve. Well, that’s part of what we’ve decided this year. But who doesn’t want to at least try to change for the better? Furthermore, as Catholics, it’s kind of our duty to try and improve isn’t it? So we came up with a better idea.

We decided this year to do better than just simply resolve. We decided to activate. Think about it. How often do we activate something that benefits us in a superficial way? We activate a new credit or debt card that arrives in the mail. We activate our cars in the morning or the thermostats when we come home. We activate our security systems before we go to sleep. But what about ourselves?

Activation is more than just a decision or a resolution. It can be a profound, transformational approach to living. Admittedly though, activating a person requires more than just flipping a switch, pushing a button or dialing a toll-free number. It takes a comprehensive approach that encompasses every aspect of the human person: both body and soul. It takes a movement.

A Core Workout for Your Soul

We’re not only called to improve, but to work toward physical and spiritual fitness. Our bodies and souls should be finely tuned instruments at the disposal of Jesus Christ. So we’ve developed a contemporary core workout that integrates a workout that’s proven for your soul (the Rosary) with a core exercise that strengthens the body. It’s an entirely new movement called SoulCore.

Integrating these elements of fitness has had a transformational impact on the order of our days and weeks and has helped tone both our physical and spiritual beings much more than if we had done each on its own. It’s really a case of the whole being greater than the sum of its parts. This year, we hope you’ll join our SoulCore movement because the best part about it is: it’s not too late! February is the month of activation.

In fact, when the first round of people give up up on their new year’s resolution this month, we’ll be welcoming a whole new round of participants in this growing movement. Join us and be a part of the 100%--the folks who exercise 100% of their being: mind, body and soul.

Deanne Miller and Colleen Scariano are the co-founders of SoulCore and members of Our Lady of Mt. Carmel Church in Carmel, Indiana.