Faith and Technology: A Life of Pitfalls and Promise

Editor's Note: Today we're excited to welcome Christopher Weitzel to our CatholicMom.com contributors. He's a dad, a podcaster, and a techie addict (we have proof). Rumor has it that, along with his wife, contributor Tanya Weitzel, there's a LOT of coffee consumed on any given day. Join us in welcoming him (and in sharing the coffee). -SR

My name is Chris(topher) Weitzel and I want to use my first CatholicMom.com Techie article as an introduction to myself and my philosophy when it comes to faith, technology, and new media.

I was fortunate to grow up in a home where technology was made a priority.  My family owned our first personal computer at a time I can’t remember.  The second one was a Tandy 1000TX which had a whopping 640 kilobytes of memory and a 5 megabyte hard drive.  That computer was purchased when I was five and was my first real exposure to the world of personal computers.

I saw the evolution from text-based computer systems to graphical and eventually to social communications through the internet.  Today I have devices which I hold in the palm of my hand that are thousands of times more powerful than the first computer I used.  Actually, I know for a fact that there are programs which can emulate the old text-based system which was installed on the first computer I ever knew, allowing me to play all my favorite games from that generation of computing history on my mobile device.

I also had the misfortune of hitting the major pitfalls of technology.  At times I am a shining example of how technology can motivate a person to be lazy and to lose interest in the “real world,” favoring the connected one.  I was in the thick of the internet pornography revolution and have suffered greatly in mind, body, and soul because of it. 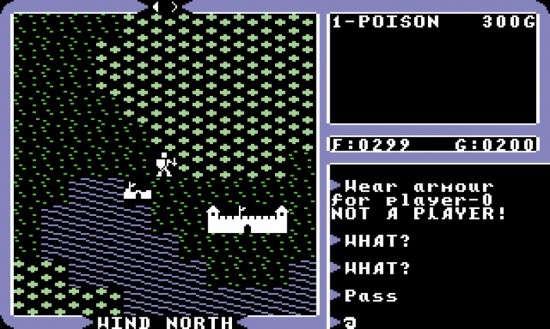 I love technology and its ability to connect people.  My wife Tanya (who is also a CatholicMom.com contributor) and I have been podcasting about our faith journey together since 2006, and I have also created a variety of blogs and websites over the years in order to share my faith with others.

I am also very aware of the major drawbacks of the always-connected world has on people and the effect that easy access to content can have as well.  I have made many new friends whom have strengthened my faith and have been there for me in a very real way through social networking.  It is a powerful way to come to the realization that no Catholic is out there fighting the world alone.

Many of my posts will be about how to protect families from the pitfalls that can be experienced online.  Others will be reviewing great apps and resources which can help people in their faith walks.  I even promise, on occasion, to delve into philosophical and existential discussions about the internet, social communications, and how those things change the way people think and act.  There will also be occasional movie and book reviews, because, who doesn’t like doing those from time to time.

In addition to technology and social media, I have a strong interest in multimedia communications, specifically regarding audio and video production.  Tanya and I currently have one child, a son named Linus, who will be five in March.  And, yes, I have a long-time childhood obsession with Ghostbusters and currently have prop replicas of the PKE Meter and Ghost Trap. I plan on building my own Proton Pack replica in my spare time.

So that is a little bit about me and what I hope to contribute.  I look forward to getting to interact with CatholicMom.com readers and am grateful for the opportunity to participate in such a vibrant and tight-knit community.

Bonus points to anyone who can name the game franchise in the featured image for this post without using any image search tools!