How Can I Forgive When I Can’t Forget?

While many people believe forgetting an injury is part of forgiveness, Fr. Justin Waltz of St. Leo's Church in Minot suggested just the opposite. In fact, he stated that forgetting is not even possible. 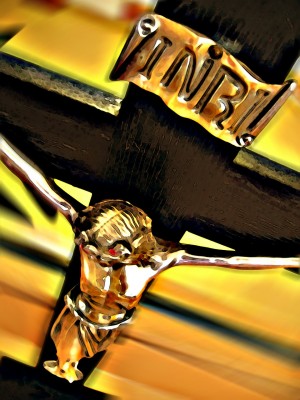 “The only type of forgetting I have heard of is stuffing,” he said during a retreat presentation and added, “The hurt is not gone, it is just buried deep within.”

Since forgetting is not an option given our memories, Waltz said that God has provided an even better remedy—the divine transformation of a resurrection within our souls. He pointed out that Christ himself retained the wounds of his crucifixion.

“Had he wanted to, Jesus could have healed his body so completely that even the scars did not exist,” he explained. “Christ is not ashamed of these scars, rather he wears them as his testament to his victory over sin and death.”

By keeping the scars, he said that Jesus taught us some great truths about suffering. Christ suffered a brutal and humiliating death but resurrected while retaining the scars. Since he has gone before us, Waltz explained that through faith in God, we can trust that nothing is beyond his healing, no matter how deep or how painful.

“God goes beyond forgetting. He transforms us and brings us out of the tomb into the light of the resurrection, not only healed but victorious.”

Waltz stated that God’s healing begins with faith in him to heal all things. “Just for a moment, imagine what sort of life and power would be unleashed in your heart if you allowed God to transform your pain into victory,” he said.

Waltz laid out some of the essentials for recovering from hurts. Regarding those that struggle with the concept of a loving God, he explained that God does not desire our suffering, but it is a fallen world.

“God created free will and when he did, this, he tied his hands,” Waltz explained.  Through human free will, sin and death entered the world. “But in every circumstance that evil occurs, God has created an out, even death in which he has created a place where there is no death, pain or suffering,” he said.

“Forgiving God really comes down to not holding God responsible for something that he did not do.  When we do this, we allow God to do the very thing that God does best--set us free from the pain.”  Waltz said to recall that God shows us only love and mercy even to the extent of sending his only son to suffer for our sins and save us.

Whatever the pain we want to overcome, Waltz pointed out that part of the transformation that can happen is when people use their pain, regardless of whether it came from others or their own bad choices, as a good to help others. He used the example of speaker Carroll Everett who came to Bishop Ryan High School and shared with the students that her life took a dark turn after she had an abortion. She began abusing alcohol, her marriage fell apart and she started working in the abortion business. After her conversion, she was transformed and now uses her past to speak out for life and help others to heal.

Those who have suffered pain are usually the ones most effective in helping others overcome the same pain. Waltz cautioned, however, that before the transformation, people need to forgive themselves.

“The remedy for forgiving ourselves simply lies in allowing Christ’s mercy and forgiveness to conquer our self-regret and self hatred. It’s as if he reaches into our very hearts and pulls us out of ourselves and into his life. Then, who are we to accuse what he has forgiven?”

After the resurrection and before his ascension, Jesus gave us the gift of peace, “Peace be with you.” (John 14:27). According to Waltz, it is that peace that people can find through forgiveness.

He said that forgiveness does not mean forgetting and nor does it mean necessarily reconciling in all cases when we must forgive others. Instead, he explained that forgiveness of others means removing the debt they owe us.

In the Gospel of Matthew18: 23-35 the parable of the unforgiving servant shows that forgiveness means removing a debt—that we no longer hold a person’s debt against them.  In the story, a servant is forgiven a large debt but then he goes out and refuses to forgive a smaller debt. Thus, just as Christ died for the forgiveness of our sins—a very large debt—we must forgive others.

Waltz stated, “It is the very remedy that we seek in order to move on and reconstruct our lives—leaving behind the old and embracing the new.”

He acknowledged that forgiveness is sometimes beyond us so that we must begin with the desire to forgive and lean on God to take us the rest of the way, little by little, day by day.

“But when in the darkness and the hurt we can find it in ourselves to even whisper ever so gently, I forgive you, it’s as if there is a genesis of new life that begins and this new life is far stronger than the one that has been taken from us.”

One problem with healing in our culture according to Waltz is that people often don’t understand that it takes time and unlike drive-thru restaurants and the Internet, it’s not an instant process.

“The body does not heal quickly and frankly nor does the soul,” he stated.

Another problem he said is the tendency for people to want to bury and ignore old wounds. “It is much easier to be angry and resentful or to just cover it up then to have to go through spiritual surgery,” he said.

Waltz made three recommendations he has seen help people with the process of healing. The first is to go to confession, since it is a sacrament of healing which brings life to souls.  The second, for those with deep wounds, is counseling with a Catholic psychologist who practices his faith. And the third way is to relate to Jesus in prayer, especially through the Mass.

“Tell Christ about the pain and placing that pain into his healing wounds,” said Fr. Justin.  “Jesus is the power to help forgive others and he is the power that will help you forgive yourself, for he is love, he is mercy, and he is our healing.”