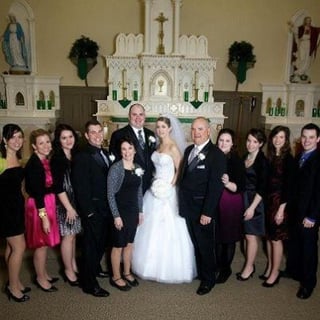 In the past six months, my large family of eleven has been bombarded with illness, cancer and subsequent treatments, a threat of a premature birth of our fifth grandchild and a traumatic birth, celebrated  the birth of a fourth grandchild, suffered with  a daughter cracking under  a combination of  duress and post traumatic stress, commiserated and supported a daughter through first year university drama and uncovered past wounds that are only now surfacing to the light.

All nine of my adult kids, my husband and I have experienced panic and fear. Some reacted with anger, others with anxiety and still others with depression but through it all I know that I know that God is bringing everything out into the light to heal us. In the end we will be closer than ever.

I have rediscovered the power of humility, forgiveness and  letting go of control. Everything in me screams to protect, patch up, smooth over, especially in the face of rage. BUT, I cannot control the way each person processes trauma or demanding situations. I mess up when i react and defend or try to appease. Patience and silence is much more effective. God has a chance to move and whisper in those silent places.

Instead I damage my kids
despite the best of intentions.

Love really has blinded me as
I try to protect instead end up controlling.

Control is an ugly word,

it steals another’s sense of self, undermines confidence,

An over controlling mother refuses to surrender her children to God because
she basically does not trust Him to do a better job than she can.

Ponder: Are you tempted to over control your children?

Prayer: Lord have mercy on us as mothers. Give us the grace to surrender our children to you.