Trying to get kids to eat can be frustrating.  They’re finicky, unreasonable, and their tastes change as fast as the batteries in a Thomas-the-Train toy.  One minute they’re go, go, go and it’s all chuffing and puffing as the Eat-‘Em-Up Express hurtles toward Full Belly Junction.  The next, the bridge is out at the This-is-Gross Gorge and the dinner train comes to a skidding halt amid a clatter of kiddie forks without ever reaching its final, full-consumption destination. 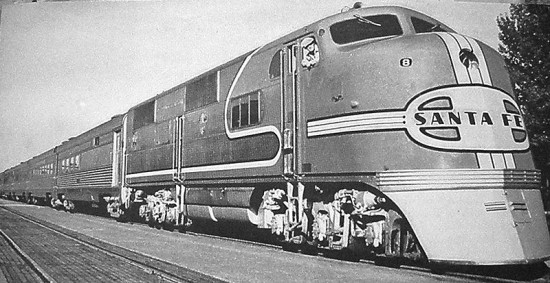 The irrationality of kids is baffling.  A food will be their absolute favorite, and they’ll gobble it up in copious quantities, begging for more after they’ve cleaned their plate.  Until the day it’s not, and henceforth they won’t touch it with a ten foot pole.  (Well, if you let them play with their food with a ten foot pole, they’d probably be pretty enthusiastic about that— but they still wouldn’t eat it, and it would make a huge mess.  Too bad.  Otherwise, there are nights I’d try it.)

It was a real blow when this happened to my spaghetti.  Spaghetti is a great meal—crockpot cooking at its finest:  fast, easy, and cheap.  You can put everything in the crockpot first thing in the morning, when dispositions are generally sunny and mellow, and then come evening—when the little ones can tend to be more tired and moods a more dicey proposition—you’ve got flexibility with dinner time and can get the food on the table quick when need be.  Then there’s the freezer yield:  for our family, one crockpot of spaghetti yields at least three meals (meaning, most importantly, that I’ll have two future no-cook-dinner-days to look forward to).  Plus it tastes great!  What’s not to love?

For a time this gem of culinary ease and economy was one of the kids’ favorites.  Life was good.  Until, one fateful dinner, I put my beloved, tomato-based ambrosia before my offspring, and—for no apparent reason—the train went off the tracks.

Same spaghetti, same kids, but now they turned up their noses and wouldn’t touch it.  When they encounter a food they don’t like, they’re like The Grim Eater, Anton Ego, in Ratatouille, who said, “If I don’t love it, I don’t swallow.”

And they no longer loved it, so they wouldn’t deign to so much as sully their picky little tongues with what, not long ago, had been a jump-up-and-down-and-clap-your-hands-while-yelling-“Goodie!  We’re having spaghetti!”-favorite.  All they would eat that night was plain pasta and “shaker cheese” (shredded parmesan)—which at least meant that we plenty of left-overs, for all the good they would do us now.

Fortunately, though, I’d already been around the horn with pre-school gourmands, so I knew not to take it too hard.  There are foods that the kids love now that they used to just push away.  And some—like taco salad—have gone full circle:  reigning for a time as “Best Meal Ever,” then relegated to “scrape off the plate straight into the garbage” fare, and finally back to gold-standard “gimme more” cuisine.

So I’ve learned.  There’s no predicting the vagaries of kids’ persnickety palettes.  All you can do is keep putting food in front of them.  When the time is right, they’ll eat.  You can never be exactly sure when that will be, so as a parent you have to keep arranging regular meetings between your progeny and their potential meals to be sure that the food will be there when the moment strikes so they’ll get the nourishment they need.  You just have to keep feeding them.

The same thing is true, I’ve found, with reading Scripture.  The Bible tells us:  “The beginning of wisdom is:  get wisdom; at the cost of all you have, get understanding” (Proverbs 4:7).

Like with feeding your kids, the first rule is simply to get to the table, you have to keep going to the source.  Reading Scripture on a regular basis—whether it’s ten minutes a day before breakfast, or before you go to bed at night, or keeping a Bible with a bookmark in it in your car to read while stuck in traffic during the daily commute, whatever it is that works for your life—is the best way to get into God’s Word.

I also heartily recommend Bible studies, and as Catholics we’re blessed to have some really great ones out there right now, all readily accessible.  I like audio CD’s or DVD’s that I can listen to while driving or working around the house, and some of my favorite Bible teachers are:  Mother Angelica, Steve Ray, Scott Hahn, Father Barron, Jeff Cavins, Dr. Timothy Gray, and Monseigneur Charles Pope—and there are many, many more excellent Catholic Bible teachers working right now.  Great places to get them include:

Some other good resources I’ve found are Monsignor Charles Pope’s blog and Scott Hahn’s St. Paul Center for Biblical Theology.  There is also St. Thomas Aquinas’ great compilation of commentaries on the Gospels from the Church Father’s, Catena Aurea.

And let's not forget Bibles with commentary and notes, like the Ignatius Catholic Study Bible Scott Hahn has been working on, and the Navarre Bible.  To get a taste of what a really great Bible teacher has to offer, a good place to start would be Scott Hahn’s The Fourth Cup ($3.00 for an audio download, $3.00 plus shipping for a CD).

But great as these Bible teachers and resources are, the first thing is still to get to the table—to read the Bible.  Some days the Scripture will reach deep into your soul and you’ll feel the nourishment pouring in.  Other days, it seems to bounce off like a seed dropped onto hard, sun-baked ground.  Still others, you’re left with what Scott Hahn calls The Holy Huh?—as in, “Huh?  What the heck does that mean?”

But the first rule remains:  keep feeding yourself.  Keep going to Scripture.

In his Bible study on the Letter of James, Scott Hahn gave a great quote from St. Ephraim which was evocative in conveying the importance of a regular diet of Scripture:

Lord who can grasp all the wealth of just one of your words?  What we understand is much less than we leave behind; like thirsty people who drink from a fountain . . . He who comes into contact with some share of its treasure should not think that the only thing contained in the word is what he himself has found. He should realize that he has only been able to find that one thing from among many others . . . The thirsty man rejoices when he drinks and he is not downcast because he cannot empty the fountain.  Rather let the fountain quench your thirst than have your thirst quench the fountain . . . So be grateful for what you have received and don't grumble about the abundance left behind.  What you have received and what you have reached is your share.  What remains is your heritage.  What at one time you were unable to receive because of your weakness, you will be able to receive (in the future) at other times if you persevere.  Do not have the presumption to try to take in one draft what cannot be taken in one draft and (then) do not abandon out of laziness what can only be taken little by little (over a life time).

So don’t get discouraged if Scripture at times seems too big, too confusing, too daunting, or too distant from what you’re living each day.  Just keep going to the table.

And by all means seek the guidance of an experienced Bible teacher or a good Bible commentary like those listed above to help you along the way, but read the Scriptures.

The same way we parents have to keep putting food in front of our kids, if we continue to feed ourselves with Scripture on a regular basis, then little by little, as much as we’re able as we’re able, we’ll get the nourishment we need.

Do you have a favorite way to read Scripture?  A tip that’s worked for you to find the time?  Or a favorite bible study, teacher, or resource?  If so, please share!