Why Do I Feel This Way? {Moms’ Night Out: A Real Life Look}

Editor’s note: Today we have another installment of our Moms’ Night Out: A Real Life Look series, where our writers share how this movie resonated with them, how it touched them where they are right now, how they found a glimpse of the priorities and beauty they sometimes overlook in the midst of the daily grind. Enjoy! 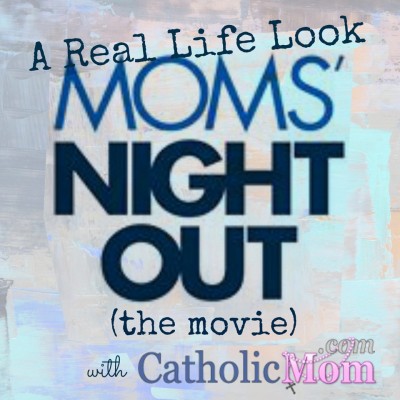 “I have this incredible life...so why do I feel this way?”

There was nothing to which I could relate more than this statement made by the main character, Allyson, in Moms’ Night Out. I'm sure I don't even need to explain what feeling "this way" means in that statement.

I think Allyson's remark is something all of us moms (and probably dads too) have thought several times, but for some reason, it's a feeling discussed relatively rarely compared to all the other mommy topics out there. If it is discussed, it's often linked with a discussion on postpartum depression, even though you can feel this way without necessarily having PPD.

Lucky for all my friends--and I mean that somewhat sarcastically--I tend to be very open about my parenting woes, such as in leaning out of the car window to tell the newlyweds in the car next to me that their happy, little lives would be over once they have kids.

Okay, so I never did that. Allyson did in the movie. But no joke, I have felt the urge to do it. Many times. And I may have told someone on Facebook the other day that she didn’t want my opinion on having kids at the moment and asked her if boarding school was a thing for babies.

But despite this openness and honesty, I am still far too prone--like Allyson--to believing that every mom out there who doesn’t lean out of her car to scream at newlyweds is living a kind of perfection that I will never be able to achieve and that, because of that, I am not enough.

There are problems on both sides of this issue.

On the part of the seemingly perfect mom, why is she never truly vulnerable about her moments of sheer terror, anger, craziness or sadness in parenting?

One mom that I asked about this said she didn’t want to scare people out of having children. That makes sense to a degree, I think, and I understand her hesitation to give some prospective parent the total, love-ridden but poop-covered picture. But then doesn’t everybody have some idea that having kids is crazy difficult? Isn’t our biggest fear really that we as individuals won’t be able to handle those difficulties with the perfection that other moms handle it, and that this perfection is necessary if we don’t want our kids to become serial killers? Would-be parents and current parents need to see our moments of crazy more than anyone else and to see that it’s okay and even good for parenting to break us.

I think another problem is that many moms aren’t even vulnerable with themselves about these moments. There is a very real Christian culture that finds any kind of anger, sadness, depression or complaint sinful or next-to-sinful. I know there are moms out there who ignore or stifle these feelings in themselves because they think having them makes them a bad Christian and a bad mom. Certainly, in some cases, those feelings might not be holy, but ignoring them won’t fix the problem. At times, believe it or not, those feelings may be perfectly just. Either way, don’t they indicate our desperate need for God and his grace and his healing? Are they not the crosses that we were promised? What could be more Christian than that?

Little Happies and Small Successes are great, but I feel like there really needs to be some kind of “Vulnerable Mondays” or “Times My Life Felt Like It Was Going Down the Toilet This Week” in our blogging (and non-virtual) world, too.

And with that, let me just say it feels so good to talk about all the problems with everyone else as far as why I sometimes feel like I'm falling apart as a mom.

But the truth is there are problems on the side of women like Allyson and myself, too. For reasons that aren’t entirely my fault, and for some--okay a lot of--reasons that are, I didn’t necessarily have the best community with other moms when I got pregnant or even after my kiddo was out. So many of my mommy friends, people that I actually knew outside of virtual space, were living in other states, which limited our communication. Additionally, my schedule didn’t allow for me to spend much time with the moms in my local social circles.

And maybe I’m also an introvert who doesn’t really like to go out of my way to meet new people...

So I was left to the world of blogging and social media and to watching other moms from a distance to be my “mommy community.” BAD IDEA! It’s not that social media itself is a bad idea; it’s just not enough on its own. Not only was I exposed to the multitude of “perfect-mom” bloggers who hadn't quite mastered vulnerability, but I was left to make my own ideas about how all of these women lived their lives off-screen and at home.

I forgot the fact that I wasn’t necessarily getting the whole story on social media or during quick chit chats. It wasn’t until I actually started meeting up with some mom friends in person (with eternal gratitude for the ones who initiated relationships with me as well as for the ones who accepted my awkward, it-kind-of-sounds-like-I’m-hitting-on-you-but-I’m-really-not invitations) that I realized I wasn’t alone. 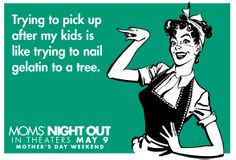 I wasn’t alone in feeling like a bad mom sometimes.

I wasn’t alone in wishing my daughter could just go to boarding school for a week...or a month, despite how much I truly love her.

I wasn’t alone in thinking my sex life was now ruined or at least just more awkward than ever.

I wasn’t alone in feeling like a terrible wife and still hating my husband at the same time.

I wasn’t even alone in the moments, those rare but still scary moments, where I regretted having ever left my happy, single life in the first place.

And I wasn’t alone in needing some company!

I may have thought those other moms weren’t being vulnerable, but maybe they just needed someone to ask them how they were feeling. And in realizing that I wasn't alone in having these thoughts or feelings, I also realized that maybe I can do this mom thing and do it well after all.

Even if I was alone, that doesn’t necessarily mean I’m a terrible mom or somehow “not enough.” God loves us and cares for us no matter what we do, and he made us all unique. Just look at the saints, and I mean really examine their personalities and how they lived their lives. None of them are the same. In becoming who God wanted them to be, they all became incredibly unique human beings. As another person puts it in this (unrelated) article, "We all have our temptations and eccentricities, without them the communion of Saints would be a drab, Soviet-esque ideal."

What the saints do have in common is their dedication to prayer and the sacraments. So it’s probably a good thing if my family and I look just a little different from other families, so long as those differences are out of a good and holy desire to do what God is calling us to do.

We parents need vulnerability, community, and God if we're ever going to thrive in this vocation.

Allyson ends up learning some similar lessons in Moms’ Night Out, but I guess you’ll just have to go see the movie if you want to know her story!

What are some of your favorite, vulnerable parenting blogs and/or websites?

Tune in tomorrow for our last installment of our Moms' Night Out: A Real Life Look series!