Welcoming the Immigrant Among Us

Truth be told, immigration reform was once just a bunch of words for me, too. I had my talking points and held strong political beliefs about a topic that affected a group of people. But then something happened to shake that up. Immigration reform became no longer just about “those people,” but rather, a topic that deeply affected people I knew --- fellow parishioners and community members. 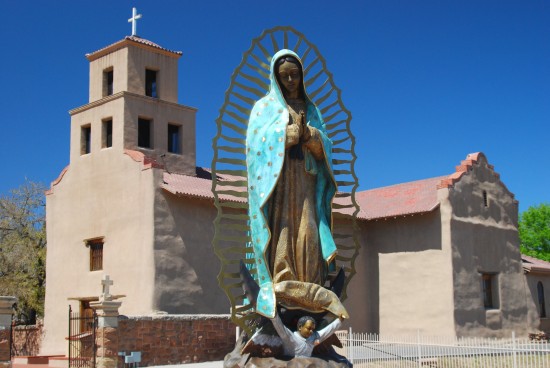 On December 12, 2006, the Feast of Our Lady of Guadalupe, which is one of the most sacred holy days for Mexicans, Immigration and Customs Enforcement (ICE), conducted the largest immigration raid on a single company in United States’ history. ICE raided six different Swift & Company pork-processing facilities across the country, including one in Marshalltown, Iowa. I specifically mention Marshalltown given my childhood home is about 15 miles from that particular facility. In all, a total of 1,282 workers were arrested that day and deported or transferred to out-of-state detention centers.

One of the 1,282 people arrested was a woman from my hometown parish. She is also the wife to an ordained permanent deacon, a mother, an active member of the parish, a homeowner, and a community member. On the surface, she’s a productive member of society. But those details didn’t matter on that fateful day. The one detail that did matter was she was an undocumented immigrant. So when ICE raided her workplace and she was unable to produce legal documentation, she was arrested and deported. For weeks her husband and kids back in Iowa had no information about her whereabouts or her health and safety. Long story very short, through government assistance, she eventually reunited with her family back in Iowa.

Immediately after the raids, the Hispanic Ministries of St. Mary’s Catholic Church in Marshalltown, Iowa became the central place for people seeking information. It was the hub for coordinating responses among local service organizations. The local face of the Catholic Church became the nerve center for anyone who wanted to know anything about one of the workers who had been arrested.

No surprise, really, as the Catholic Church in the United States is an immigrant Church with a long history of providing pastoral care to immigrants, migrants, and refugees. Our Church has time and again responded to Christ’s call to “welcome the stranger among us,” for in this encounter with the immigrant, the migrant, and the refugee in our midst, we encounter Christ.

According to the Pew Hispanic Center (2011 data), there are currently 11.2 million unauthorized persons residing in the United States. Each year, approximately 300,000 more unauthorized immigrants enter the country. And there is a very real possibility that Congress could pass immigration reform this year. The Church is once again campaigning for us to acknowledge the stranger among us and take action.

How are you actively welcoming the immigrants among us? Our Lady of Guadalupe, patron saint of the Americas, pray for us!