Are Electronic Games Making Us Stupid?

What is the obsession with electronic games? Last week a business woman was standing in front of me on the train physically shaking her mobile phone to ‘mix’ some sort of potion. Just yesterday the man sitting next to me was wildly hitting his screen in a quest to break open coloured balls and release stars. Why are seemingly normal people filling their time with activities that would serve to occupy the intellectual capacity of a four-year-old?

Now, granted, not all electronic games are about mixing potions or breaking open coloured balls. In the most popular mobile phone game Angry Birds - downloaded 50 million times - players use a slingshot to launch birds at pigs with the intent of destroying all the pigs on the playing field. There are games where one can grow and harvest crops, save the world from alien invasion or match up coloured tiles. One friend told me she caught two students in her classroom milking a cow on their iPhones! 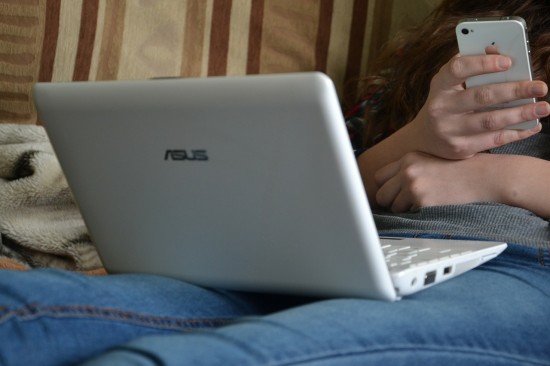 I am sure there are some benefits to be gained from some electronic games (after all nothing is completely devoid of goodness). However, my assertion is that far more is to be gained by never playing electronic games than mastering such games and then looking for the supposed benefits. In this instance my concern is not even with the violence, sexual innuendo, or criminal behaviour that many games contain (although there is plenty of concern to be had there). The issue is that games which are as foolish as launching birds at pigs or as complex as leading an army into battle are actually taking the reality out of reality.

And I just can’t see how electronic gaming fits into any of that.

Yes, we all need recreation and rest time, but sneaking in a few minutes of ‘Chicken Revolution’ or ‘Sonic the Hedgehog’ while queuing for coffee or waiting for the bus is hardly in the realm of authentic recreation. Mobile phone games take the time a person would have formerly devoted to staring into space or reflecting on life. Home video games take the time a person would formerly have devoted to speaking to a human person or doing anything else; playing a board game, exercising, building, sewing, cooking.

Our society already has a severe lack of men who would be men and of fathers who would truly engage with their families. Manhood is given to defend women, to raise children, to protect a nation...in reality, not on a computer screen. How many men are living like teenagers, spending hours each night pretending to be a superhero...when they really need to be a superhero to their family? How many relationships flounder because a man is more concerned with getting to the next level on his PlayStation? All men, particularly young men, need to guard against becoming too soft, becoming too used to their own pleasure. Being trained by an electronic game to ‘switch off’ does not correspond to true masculinity.

It is not just the men, though; society needs women who truly live to nurture and care. In 2010 a woman in her mid-30’s was banned by the court from using computers after her obsession with a game led to her children being reduced to eating cold baked beans from the tin while the dogs starved to death and their bodies were left on the lounge room floor for two months. In that same year a South Korean couple was found guilty of letting their newborn baby starve to death while tending to a virtual child in the online game ‘Prius’. The couple played in internet cafes for up to 10 hours a day and bottle fed their baby only once a day. These are not bad people, they simply responded according to the design of the game and that is to become addictive, to cause us to desire refuge in a world of pixels instead of the one we actually live in.

I am just putting the thought out there, that maybe, just maybe, electronic gaming brings less good to our lives than we might think. So next time you have ten spare minutes take a moment to question what actual purpose breaking open coloured balls on your mobile phone is going to have in your overall life.