The Sweet and Creamy Center 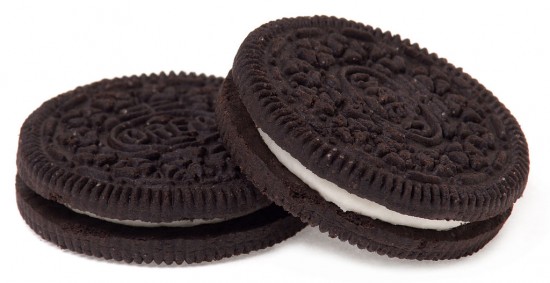 I’m a big fan of middles. The cream filling of an Oreo cookie? Obviously the best part. So much so that I tend to go double stuff over original. The middle of a sandwich is where you find all the good stuff. The custard filling in a Boston crème donut.  Happy medium. Being centered. All of these things make it sound like the middle is a fabulous place to be. And it can be.

But, being in the middle can also have a downside. The middle seat on an airplane for instance. Ugh. And I don’t think it’s just because I have an outsized horror of being trapped between two strangers and forced to make awkward conversation while fighting back a certainty that the plane will plunge from the sky at any moment.

It seems to me that being a middle child combines both the best and worst parts of being in the middle. I’m not a middle child, but I do have one. My Sunshine Bean. Smack in the middle – 16 months younger than the Professor and 19 months older than Pinky. Almost exactly in the center.

Neither my husband nor I have any experience being a middle child. We are both from two-kid families. He’s the oldest. I’m the youngest. There wasn’t a middle. He was actually not only the first child born to his parents, but the first grandchild on both sides and the first great-grandchild. I picture his arrival as akin to the scene in The Lion King where Simba is presented to all of the animals in the jungle as the future king. Yeah. On the other hand, I was the second kid, 8th grandchild on one side, 3rd on the other, and something like the millionth great-grandchild. In other words, not such a big deal J But still, not the middle.

Being in the middle means you’re never the first or the last to do anything. The Professor will always do things first. He was the first to go to preschool and then kindergarten. And because they are so close in age, Sunshine is right on his tails. Her firsts happen the very next year. And Pinky. She’s my baby (but don’t tell her, she is convinced she’s a “big girl” and will fight you on it J). Her firsts are bittersweet because they are the last time we’ll experience them.

As parents, I feel it’s extremely important that we make sure Sunshine’s firsts are just as big a deal as the Professor’s or Pinky’s. Because they’re HERS. Her first time doing something big. Her milestones. And they’re special each and every time. Because they are hers. Because she is special.

Sunshine is perfectly suited to be the middle child in our family. She’s the glue. The first one to settle a dispute or soothe hurt feelings. She’s everybody’s best friend, letting the Professor teach her things (and acting very impressed with his knowledge) and taking care of Pinky as much as she’ll let her. Her naturally sweet and sunny disposition make her an enormous asset to our family. They also mean she can be overshadowed.

It’s my job as the mommy of this bunch of beans to make sure everyone shines. Not in an “everything you do is perfect and wonderful and you, my child, are without flaw.” But in a way where each child comes to know what makes him or her special and unique and learns to appreciate and value those things. Sunshine’s things don’t shout as loud as her brother’s or her sister’s. And I can’t imagine our family without them. I can’t imagine us without our very own sweet and delectable center.

Circle of Love
Read
Middle names: yes or no?
Read
Lesson in the Muddy Footprints
Read