Searching for God’s Will and the Right College

Editor's note: Today, we're pleased to share the following guest article from Devra Torres  of The Personalist Project. Learn more about the College of St. Mary Magdalen at www.Magdalen.edu. LMH 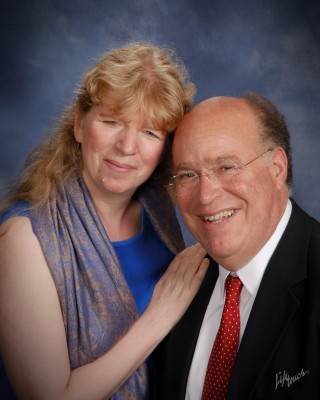 Having a college-bound child is like caring for your first newborn. You’ve never done this before; you feel far from confident and capable, but one thing you know: it’s very, very important that you do it just right. Your child’s future is in your hands! One false move could ruin everything!

Besides, you’re haunted (at least I was) by the sense that this is your last chance to fill in your child’s every gap and compensate for your every lapse of judgment over the past seventeen years.  Can she run a load of laundry? Spot a fast-talking boyfriend? Conjugate a verb? Has he internalized every morsel of wisdom and virtue and prudence you’ve ever tried to cram into his head?

My firstborn daughter bore the brunt of my highest anxiety. The sheer terror has diminished with each successive kid, but there’s no getting around it: a lot of prayer, ink, and mental energy are going to be squandered on this.

As someone who tends to do things the hard way, I’d like to share my experience in hopes of encouraging others.

We knew what we wanted in a college. We wanted academic excellence—a solid foundation in the liberal arts.  We wanted reasonably like-minded people, teachers who cared about our kids’ development, students who formed a real community.  We wanted the right mix of spiritual support and intellectual liveliness.

One of our kids went to a wonderful college that was the wrong fit for her. She transferred to a better fit, got mired down in health problems, overcame them, took time off to work, and then went back to school. Now she’s thriving, studying a specialty she loves. Not on schedule, not according to plan, but all under the protection of Providence.

Another child was all set to attend a nearby commuter college (let’s call it College X). It wasn’t his first choice or ours, but it seemed like our best real-life option. It was weak in liberal arts, but reportedly had a couple outstanding humanities teachers. It wasn’t reliably Catholic but was said to be moving in that direction.  And it wasn’t cheap, but he won a big scholarship with an essay he finished at 11:59 pm the day it was due.  (Do not do this.) College X seemed to be his destiny, and we tried to work up some enthusiasm for it.

That summer, he went to World Youth Day in Madrid.  Meanwhile, we visited relatives in New Hampshire and stopped off at the nearby College of St. Mary Magdalen. The timing was wonderful: it had recently been re-founded. The leadership aimed to retain its genuine Catholic identity, but add space for some freedom that was previously lacking, and for more serious scholarship.

They were also very willing to work with us on financial aid. (This year, the college is offering free room and board to all incoming freshmen and transfer students. This wasn’t happening when we first applied, but we did meet with enormous generosity.)

We began to think it might be a far better fit than College X. We contacted our son in Spain, and he was game.  The happy ending?  He and his younger sister have now earned their A. A.’s there, and he’s on track to graduate next year.

Sending a kid to college is—well, it’s not substantially different from other transitions. You’re searching for the will of God. (You’re hoping, too, that if He does reveal it, you’ll summon up the good sense to do what He indicates). You do the best you can with the information you have, and you try to stay close enough to Him so you’ll notice when He’s trying to get your attention.

College is not a one-size-fits-all kind of decision.  As a mom of eight, believe me, I wish it were!  But it’s not a question of catering to individual preferences, either. If your seventeen-year-old doesn’t seem naturally drawn to Latin and literature, he still might benefit from being versed in them. If you’re pursuing simple career training, that might be a prudent decision—or it might be a short-sighted, fear-driven one.  Intellectual literacy and the ability to write and think clearly often do translate into marketability.

And you need to know your child.  How’s his resistance to peer pressure?  How brave is she about defending and sharing her faith?  The answers to these questions, along with a realistic sense of what dorm life is like these days, are keys to finding a place where your child can thrive.

The good news is, you know your high school senior a lot better than you knew your newborn.  You’ve seen God pull off impossible things already. You may be coming around to believe that they’re His children, that He loves them even more that you do, and that He’s more powerful than any admissions officer.

Devra Torres is a daughter of God, the wife of Max, mother to three handsome sons and five lovely daughters, a master of philosophy, slacker homeschool mom, and freelance writer, editor and translator. She blogs weekly at The Personalist Project.