In 2004 the Federal Government funded a $20 million campaign with the slogan, ‘Violence against Women. Australia Say No.’ The campaign was to bring awareness of violence occurring behind closed doors. As part of the campaign a TV ad was produced with a selection of men justifying why they assaulted women and the slogan making it clear that such behaviour was not tolerable.

More recently a government campaign was launched called ’The Line’ which encouraged young people to consider where they would draw the line regarding issues such as ‘hooking up’ sexually at parties. The message in response to this possible quandary was not to engage sexually with someone unless there was mutual consent. 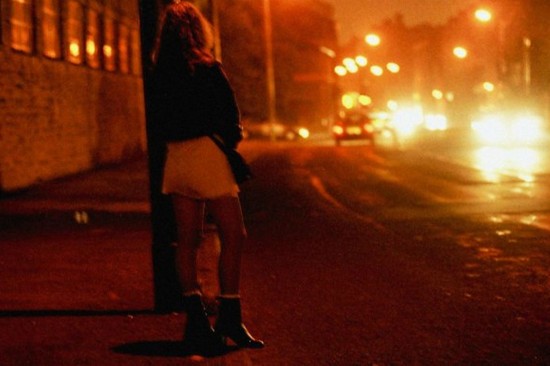 It may seem on face value that Australia is serious about stamping out abuse but I wonder just how serious we really are. While all these sorts of campaigns are of some value they fall into the interesting category of a secular government trying to teach morality. While a government may make laws to try and enact a particular behaviour they are seemingly unable to plug the illogical and confusing holes that appear in their attempts.

The last remaining ‘virtue’ in secular morality is consent. With consent two people can do whatever they wish. Without consent, or with consent withdrawn at any time, one of those people becomes a criminal.

According to the logic of the aforementioned campaigns so long as a woman says the word ‘yes’ a man is at rights to enjoy her sexually and vice versa. This would mean it is ‘moral’ for a man to go out to a different bar every night and find a woman who is lonely, needy, or broken enough, that with a little kindness (and a couple of glasses of alcohol) he can have sex with her on that night and walk away the next morning. If bars are not his scene he is legally able to buy consent with one of the estimated 20,000 people engaging in some form of prostitution across Australia in any one year.

While it is obviously hard to gauge correct figures, one statistic to emerge from a poll was that 15 per cent of men sampled had visited a prostitute. Some samples have suggested as many as 40 per cent of the male population have visited or will visit a prostitute at some point in their life.

So whether one is obtaining sexual pleasure by scanning the bars and clubs or by scanning the Yellow Pages for ‘Adult Services’ there is no mention of what effect this has on the emotional and mental well being of vulnerable women. Completely leaving aside the social costs of marital infidelity, the fact that the rise of ‘legal’ internet pornography is changing the way men understand their own sexuality and the epidemic of sexually transmitted infections…what is this social acceptance of commitment-free sex doing to us?

Allow me to tell you what it is doing. When society advocates consent as the only moral compass and thinks that violence is only possible when someone withdraws that consent it completely negates that we are often broken and hurt people. Some of us have a tendency to use others and others of us have a tendency to allow ourselves to be used. Deep down we all want the same thing, love, but more often than not we get confused about how to find it.

The notion of free-sex and legal prostitution sends the very clear message that a person is an object and in some situations we can use them as such. While most people would not advocate me selling myself to be used as a punching bag, we seem to think it is ok to violate the body of a woman we don’t even know so long as she says yes. The word yes however is easy to say. If a woman is alone and someone is showing her attention, she may say yes. If a woman is desperate for drugs or money, she may say yes. That does not mean in any way that the actions she is saying yes to, are of benefit to her overall well being.

A nation which allows its citizens to treat the most needy and vulnerable as objects for another person’s pleasure is not a nation that genuinely understands the human condition. We can roll out all the feel-good campaigns we want about anti-violence and the importance of consent but until we acknowledge that all people, no matter how desperate they are have a right to be treated with complete dignity, then we actually do advocate certain types of violence in certain situations.