The Devil Has a Microphone 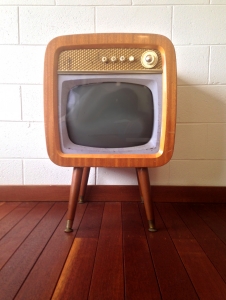 “It’s my life!” a teenager rants. “Then, turning to the talk show host he explains, “That is why I should have the right to kill my parents. They are interfering with my right to live as I choose.”

The first part of the statement is as par for the adolescent course as oily skin and moodiness. Wanting to kill for impeding freedom, however, is insane. Rather than booking this fictional guest on a talk show, the deranged child would be whisked off to intensive therapy.

Yet Melissa Harris-Perry of MSNBC announced on her program that she supports the murder of living, newborn children. She did so without becoming labeled dangerously insane. According to her, life begins when the parents feel like life begins and this can be after a child is born. Harris-Perry would like choice to move beyond the womb, insisting that life begins when parents determine it begins.

She was quoted by RealNews24 as stating, “When does life begin? I submit the answer depends an awful lot on the feeling of the parents. A powerful feeling — but not science.” Harris-Perry said that to nationwide astonishment on her July 21 MSNBC show.

Crazy? Yet she talks on. And today’s “crazy” becomes tomorrow’s mainstream. The media entertains outlandish opinions as avant-garde or mere curiosities only to have them morph in politically correct. It is the devil’s game plan. Through the medium of television, the devil got ahold of the cultural microphone and bends our ears. And souls.

Remember Donahue, the longest running syndicated talk show in television history with its 29-year on-air reign? In 1967, Phil Donahue changed the face of daytime TV as the host of an audience-participation talk format. He earned many prestigious accolades including 20 Emmy Awards. TV Guide named Donahue one of the Greatest Television Shows of All Time.

That media darling was lauded for his groundbreaking interviews, the first of which was with notorious atheists Madelyn Murray O’Hair, the dragon lady who got prayer out of our public schools. Back then, she was a radical anomaly, yet her anti-God claws put our school system into a strangle hold. Today, an atheist is ho-hum average for our culture. Could the fact that Murray O’Hair christened (ironic choice of words) the first big, liberal talk show be symbolic of where things were headed?

For many years I enjoyed watching Donahue, but as my Catholic roots grew deeper, the show began to disturb me. The liberal studio audiences docilely accepted every wacko guest. Increasingly, anyone in the audience with guts enough to voice a Christian opinion, was often ridiculed by Donahue, amid groans from the audience.

I remember clearly the last two programs I watched in 1991. One featured a couple of guests—homosexual men—who spoke about the practice of having parties with men who wore diapers. They would mess their diapers and have others change them—just another fun pastime for some.

The very next show had on a woman who used to be a man before a sex change operation. She was there with her new love interest: another woman. The guest had not just been a woman trapped in a man’s body, but a lesbian woman, attracted to women, but not as a man, as a woman. If you are confused, God bless you. You should be. The confusion of man became talk-show fodder, peddled as just another alternative lifestyle.

The problem is that the devil confused people into thinking sin and perversion—evil—is merely a live-and-let-live venture. The above back-to-back freak shows, were the end of Donahue for me. The glorification of perversion presented by friendly, smiling faces, was more than I could stomach any longer.

Obviously, it’s not just talk shows, but everything from dramas to comedies that have turned morality upside down. But I singled talk shows out here because of the way they sneak sin into our world. It starts out as news and information, so you watch. The person seems nice, so you listen. And even if you don’t agree, you find the person likeable. And so the erosion begins where a pretty face and fast-talking creates a reluctance in people to disagree or condemn. As Christians we need to hone our filters and steel our backbones. It is hard to say homosexuality is a sin because there are so many kind and personable practicing homosexuals. It can be hard to condemn adultery, fornication and all kinds of evil, when people we like and care about are participants.

There is danger, however, in accepting evil opinions and lifestyles as entertainment. We get used to hearing it and go from thinking it’s wrong or bizarre to accepting it as part of our culture. We have gotten to know the carriers of perversion and found them to be likable people thereby concluding, Who are we to judge? What used to be perverted, is now acceptable and visa versa. Phil Robertson of the A & E reality TV show, Duck Dynasty recently expressed an opinion that was totally mainstream in 1967 the year Donahue changed the face of talk shows. Quoting the Bible, he stated that homosexuality, fornication, adultery and bestiality are sins. He pointed out that matching up the parts of the male and female bodies makes the most sense—although the language he said it in was a bit raw. Yet, it was his opinion more than the way he said it that was pegged radical and “dangerous” by some and had threatened his continued employment. I’m not holding Robertson up as the ideal; just pointing out that holding to Christian teaching caused a backlash.

Such is the result of giving the devil a microphone. First we listen and are lulled in, then we no longer see sin as sin. Then, once we’ve accepted sin as acceptable, we reject truth and the teachings of Jesus Christ. Thus, no one blinks an eye anymore when evil has the microphone, but all hell breaks lose when someone quotes scripture. So, let it be; quote scripture and speak the teachings of Jesus Christ, and don’t be afraid when all hell breaks lose. Instead, be afraid when the devil starts to seem like a pretty nice guy.