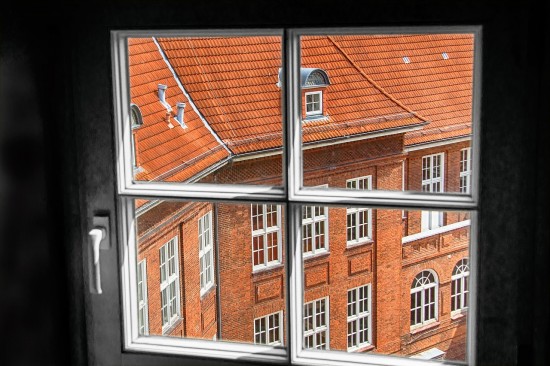 I don’t care much about too many things. I’m known to do just enough to get by, or even break the rules according to how I see fit. There’s no denying it’s a character flaw, but I do have one triumphant and redeeming quality: if I care, I will give myself completely away. Every part of me will break until I don’t recognize the pieces, and in those rare spaces, there will be perfection. I will offer myself as payment for it. It’s a life fueled by emotional intelligence alone. I’m simply incapable in any other circumstance.

It started as no exception, my motherhood. A young couple in a small apartment in a new city, I didn’t work throughout my first pregnancy. I was preparing for motherhood. I read every book, said every prayer. I was pregnant and living through what I would later see was not my forever future, but a pregnant pause in my own identity.

When our daughter was six weeks old we celebrated her first Christmas. It was perfect. I felt perfect. The gifts were homemade, the recipes were my own. The kitchen was clean, the laundry was done and this mother danced with her child for fun because she could. The daddy worked and the mama loved. I was as perfect as I would ever be – except she was only six weeks old. Motherhood isn’t a hobby to be perfected, a job to be conquered, or merely a season of life. Motherhood is a place that once you are within, you will never leave.

The naïveté that all new mothers deserve eventually waned. Reality called for me to climb out of my self-seeking hole of perfection. Motherhood doesn’t live alone in a small apartment dancing for eternity. I was called to mother more children, support my husband in unimaginable challenges and financially contribute to our growing and imperfect family.

The mommy guilt that has been peeking in the windows and quieting encroaching on my motherhood found me, as it eventually finds us all. I cared more about these tiny people than anything in the world - except for the moments when I didn’t. Other obligations called for my attention, and I cared about some of them. I heard the phrase, “unfit mother” and questioned, “Could that ever be me?”  I was breaking myself into a million pieces for these little people every day except I never won the battle; I never conquered the challenge before another came.

I am now a working mother. Our fourth daughter, just 15 months, reaches first for daddy when she extends her chubby little arms for comfort or love. It’s not me. I’m not the perfect mother to her, but I am her mother.

It’s year six of motherhood for me. I’m still considered a “young mom” although at times it feels like twenty years and just yesterday that I danced with a newborn girl in the kitchen at Christmas. There are more perfect moments to come and more tears of failure will flow from my tired and confused eyes.

Too young to be embarrassed by vulnerability, she asked to join my side of the booth at dinner. Her longing little heart had identified its need to be close, even if I was “unfit,” she longed for me.

She stroked my hair and held my hand. My heart actively broke with the understanding that if she could, she would crawl right back inside of me, to the place in which she became her and I became a mother, many mistakes and failures ago. Her strong will and need for order has tested my patience, and at times, my identity. My impatience and need for personal space has likely created the first of many emotional scars she will carry with her long after she stops calling me mama. I make attempts daily to give her a faith that will give her things I’m not capable of. A faith that will fill the cracks and heal the scars I can’t, and some I created.

As the curtain on the show and our evening closed, my mind immediately went to the long to-do list I left unattended in order to date my six-year-old daughter. She wasn’t living in tomorrow with me, she was living in her now. Her jaw dropped and with hands clapping she turned to me, her benefactor of awe, and said, “I hope they never stop making the magic, mama! Never!”

It didn’t matter that this once at-home mom had turned into a working mom or that the following day would be a 14-hour one for me.  It was only her and me in a darkness lit up with magic.  For a fleeting moment, I thought it would save not only my motherhood, but my very life. And it did.

Her youth still holds every perhaps and she still believes I am the gatekeeper of every “what if”. She is still young enough where anything is possible, except regret - which doesn’t exist quite yet for her. To her I am not perfect or unfit. I am mama.

I can’t control what has happened since I said yes to motherhood and my every breath became love. I can only keep on loving, even in the moments when I feel unfit.

Question for you: Do you ever feel unfit? How do you come out of those dark motherhood moments?