"The Giver" and the Fading Memory of Christianity 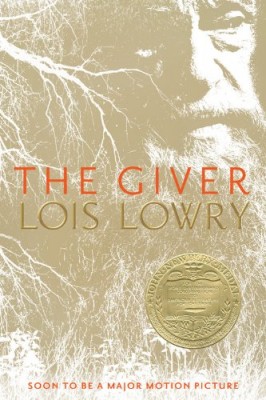 Lois Lowry’s 1993 novel The Giver has garnered a very wide audience over the past two decades, since it has become a standard text in middle schools and high schools across the English-speaking world. With the enormous success of the Harry Potter, Twilight, and Hunger Games films, Hollywood has been busy adapting books written for the young adult audience. The most recent example is the movie version of The Giver, which was produced by Jeff Bridges and which stars Bridges and Meryl Streep.

Having never even heard of the novel, I came at the film with no expectations, and I confess I was quite surprised both by the power of its societal critique and by its implicit Christian themes.

The story is set in the near future, in a seemingly utopian city, where there is no conflict, no inequality, and no stress. The streets are laid out in a perfectly symmetrical grid, the domiciles and public buildings are clean, even antiseptic, and the people dress in matching outfits and ride bicycles so as not to pollute the environment. The “elders,” the leadership of the community, artificially arrange families and carefully assign vocations, all for the sake of the common good.

In order to eliminate any volatile emotions that might stir up resentment or compromise the perfect equilibrium of the society, each citizen is obligated to take a daily injection of a kind of sedative. If someone’s speech veers even mildly in the direction of suggesting self-assertion or individuality, he is corrected with a gentle but firm admonition: “precision of language, please.” Most chillingly, the elderly and unacceptable children are eliminated, though the people have been conditioned not to think of this as killing but only as a peaceful transition to “Elsewhere.”

The calm “sameness” of the city is maintained, above all, through the erasing of memory: no one is permitted to remember the colorful but conflictual world that preceded the present utopia. No one, that is, except the Giver, an elder who retains memories of the previous world for the sole purpose of consulting them in case an emergency arises and specialized knowledge is called for.

Utopian societies, maintained through totalitarian control, have been dreamed about at least since the time of Plato, and, to be sure, many attempts have been made over the centuries to realize the dream. The twentieth century witnessed quite a few of them: Mao’s China, Stalin’s Soviet Union, Hitler’s Third Reich, Pol Pot’s Cambodia. Indeed, there are echoes of all of these social arrangements in The Giver’s version of utopia, but I think what The Giver’s city most readily calls to mind is modern liberalism, especially in its European incarnation. We find the fierce enforcement of politically correct speech, the manic attempt to control the environment, coldly modernist architecture, the prizing of equality as the supreme value, the rampant use of drugs, the denial of death, and the wanton exercise of both euthanasia and abortion. Will all of this produce a balanced and peaceful society? Well, it might bring about a kind of equilibrium, but at a terrible cost.

The plot of The Giver centers on a young man named Jonas who was chosen by the elders to become the sole recipient of the suppressed memory of the previous world. Through a sort of telepathy, the Giver communicates to Jonas all of the richness, color, drama, and joy of the pre-Utopian society. The most beguiling image he receives is of himself sledding down a snowy hill and coming upon a cottage from which he hears emerging the strains of a song he had never heard before (in fact, both snow and music had been excluded from his world). In time, the Giver fills out the picture, communicating to the young man the pain and conflict of the previous world as well.

Though at first he is horrified by that experience, Jonas realizes that the colorful world, even with its suffering, would be preferable to the bloodless and inhuman dystopia in which he had been raised. As the story moves to its climax, Jonas escapes from the city and ventures out into the forbidden wilderness. The weather turns fiercely cold and he wanders through the snow until he comes to a clearing where he spies the sled that he had previously seen in memory. Following the prompts of the recollection, he rides the sled down a snowy hill, comes to the quaint cottage, and listens to the song. It is only then that we hear that they are singing the best-known and best-loved Christmas hymn, “Silent Night.”

And now we see that what makes the society in The Giver most like contemporary Europe is precisely the forgetfulness of Christianity. What the story suggests, quite rightly, is that suppression of the good news of the Incarnation is in fact what conduces to dysfunctional and dangerous totalitarianism. The source of the greatest suffering throughout human history is the attempt to deal with original sin on our own, through our political, economic, military, or cultural efforts.

When we try to eliminate conflict and sin through social reform, we inevitably make matters worse. As Pascal said long ago, “He who would turn himself into an angel, turns himself into a beast.” The key to joy at the personal level and justice at the societal level is in fact the conviction that God has dealt with original sin, by taking it on himself and suffering with us and for us. This belief allows us to embrace the world in both its beauty and its tragedy, for we see salvation as God’s project, not our own. It is the Incarnation—the event celebrated by the singing of “Silent Night”—that frees us from our self-importance and gives the lie to our programs of perfectibility.

I can’t help but think that the recovery of this lost memory—so key to the authentic renewal of contemporary society—is what The Giver is finally about.

Father Robert Barron is the founder of the global ministry, Word on Fire, and the Rector/President of Mundelein Seminary. He is the creator of the award winning documentary series, "Catholicism"  and "Catholicism: The New Evangelization." Learn more at www.WordonFire.org.

Shakespeare and the Fading of the Catholic World
Read
When Christianity Meets the Road
Read
Courage to Carry Our Crosses: Christianity and Mental Illness
Read