Revisiting the Argument from Motion 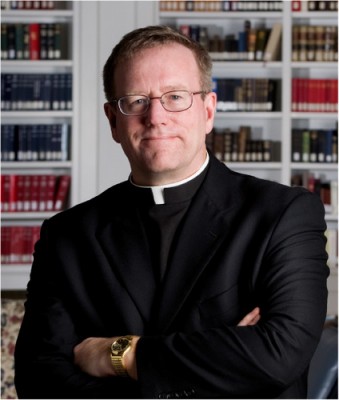 One of the unintended but happy consequences of the emergence of the new atheism is a renewed interest in the classical arguments for God’s existence. Eager to defend the faith that is so vigorously attacked today, Catholic apologists and evangelists have been recovering these rational demonstrations of the truth of God; and the atheists, just as eager to defend their position, have entered into the fray. In the process, these ancient arguments, long thought by many to be obsolete, have found a new relevance and have been brought to greater clarity through the give and take of both critics and advocates.

Thomas Aquinas famously laid out five arguments for the existence of God, but he characterized one of them as “the first and more manifest way.” This is the proof from motion, which can be presented simply and schematically as follows. Things move. Since nothing moves itself, everything that is moved must be moved by another. If that which causes the motion is itself being moved, then it must be moved by another. This process cannot go on to infinity. Therefore, there must exist a first unmoved mover, which all people call God.

In order to avoid misunderstanding (and it’s fair to say that this argument has been misunderstood for centuries), several observations are in order. When Aquinas speaks of motion, he means change of any kind, not simply change of location. Growth in wisdom, fluctuation in temperature, birth, death, etc. are all examples of motion, or in his more technical language, the transition from potency to actuality. Once we grasp what Aquinas means by motion, it is relatively easy to understand why he insists that nothing can move or change itself. Whatever is in motion must be in potency, while that which causes change must be in actuality, just as the one learning French doesn’t yet possess the language and the one teaching it does. Now since the same thing cannot be potential and actual at the same time in the same respect, nothing can be, simultaneously, both mover and moved. No one, strictly speaking, teaches himself French.

But let us suppose that the cause which is putting something in motion is itself being put in motion; then by the same principle, its change must be prompted by another. But this chain of moved movers cannot be indefinite, since the suppression of a first element would imply the suppression of every subsequent mover and hence, finally, of the motion that is evident to our senses. In regard to the negation of this sort of infinite causal series, the twentieth century philosopher Bertrand Russell had a particularly unhelpful observation. Russell opined that Thomas Aquinas couldn’t imagine such a series, because medievals hadn’t yet come to terms with the idea of infinite sets. Nothing could be further from the truth. Aquinas had absolutely no problem imagining infinite series, since he speculated about them all the time. What he is denying is the possibility of an infinite causal series in which each element in the chain is here and now dependent upon the influence of a higher cause. Think of a pen which is here and now being moved by a hand, which is here and now being moved by muscles, which are here and now being moved by nerves, which are here and now being stimulated by the brain, which is here and now being sustained by blood and oxygen, etc. If we suppress the first element in this sort of chain, the entire causal nexus would collapse and the motion under immediate consideration would not be adequately explained. Therefore it follows that a prime mover exists, which is to say, an unactualized source of actualization, an unenergized energizer, an ultimate source of all of the change in the cosmos.

Now there are many atheists and agnostics who acknowledge that this demonstration is logically airtight but who quarrel with the association that Aquinas makes, almost casually, at the very end: “and this all people call God.” There might indeed, they say, be a prime mover or uncaused principle but this first element in the causal chain might be matter or energy or some such physical element. Many point to the famous law of the conservation of energy and conclude that the fundamental stuff of the universe just undergoes continual change of form throughout time.

In order to answer this objection, we have to examine the nature of the unmoved mover a bit more carefully. That which is truly the uncaused or unmoved source of energy must be fully actualized (actus purus in Aquinas’s pithy Latin), which means that it is not capable of further realization. But energy or matter is that which is capable of undergoing practically infinite change. Energy or matter is endlessly malleable and hence about as far from actus purus as can be imagined. A rather simple thought experiment shows that such primal physical elements cannot be the unmoved mover. Neither matter nor energy exists as such but always in a particular form or configuration. In regard to either, one could always ask, what color is it, at what velocity does it move, under what conditions does it exist? A given piece of matter is one color, but it could be any other color; energy is at one quantum level, but it could be at any other. Therefore, we are compelled to inquire about the cause that made it to exist this way rather than that. We can appeal, of course, to some other material cause, but then we are compelled to ask the same question about that cause, and having recourse indefinitely to similarly material movers won’t get us anywhere closer to an ultimate explanation. The philosophical dictum that sums up this state of affairs is “act precedes potency.” The first cause of change cannot be itself subject to change.

The unmoved mover is that which exists in a state of pure realization, that which cannot be improved in its being, that which simply is, that which is utterly in act. Do you see now why Thomas Aquinas equated it with God?

Father Robert Barron is the founder of the global ministry, Word on Fire, and the Rector/President of MundeleinSeminary. He is the creator of the award winning documentary series, "Catholicism"  and "Catholicism:The New Evangelization." Learn more at www.WordonFire.org