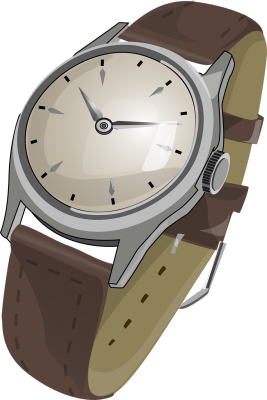 "OH! No wonder you were late," said the pleasant nurse after I told her the ages of my children (she had asked). There was only one problem. And, really it wasn't a problem at all. Rather, it was just the slight wounding of my pride.

"I wasn't late," I said a bit too harshly. "I was told to be here at 7 a.m., and I signed in at 7 a.m.!" She apologized and said that she hadn't noticed me in the waiting room (probably because I had taken the baby into the farthest corner so that she wouldn't disturb anyone!). I just smiled.

My baby had arrived at 7 a.m. to have a bilateral myringotomy...otherwise known as ear tubes. After months of chronic ear infections, I was relieved that a procedure would take away her pain (and perhaps mean more sleep for both of us!).

Thank God, my prayers were answered and the short procedure was a success with no complications. Everyone was very competent, professional, and lovely to the baby. We were home by 8:30 a.m., and I could see the improvements in my baby immediately. All was great.

A few days later, I got the evaluation in the mail. Was I happy with the service that I had received? Yes! If so, would I please send in the questionnaire (very simple...just circle 1 to 5) in the pre-paid envelope?

All I could think of was what the nurse said to me about being late. I felt that she had judged me as a woman and as a mother. It was like she saw through my facade of having it all together and she called me out on it. Sensitive much!?! Trust me, I am well aware of my shortcomings as a wife, mother, daughter, sister, friend, etc.! There's quite a list of things that I am working on. But being late is just not one of them!

Later than night, my 8-year-old daughter came downstairs in tears around 9 p.m. A little bit of honesty: It's very hard for me to be a loving, caring mother at 9 p.m. when I'm so wiped out myself. I tried, though (this time)...really!

Turns out that her once-a-week computer class (which she had that day) was stressing her out. She said that the teacher pointed out that some students were clearly not trying their best because they did not finish the project. This devastated my daughter. She told me (and I truly believed her) that she DID try her best, but she's just not as fast as others (I can see this as she has very limited technology time at home). She said that she didn't finish...therefore she must be a terrible student.

I lovingly explained (luckily, I snapped back into maternal mode!) that this comment was not intended to hurt her...or even geared toward her at all (her teacher herself told me that she's in a "difficult" class). She internalized the message and it was making her feel rotten (not to mention anxious about her entire future!).

Hmmm...internalizing something and letting it take over your emotions. (Female anyone!?)

I want my children to be able to put things in perspective. How can I teach them this if it is clearly one of my growing edges? I know emotions (and sensitivity, in particular) are gifts. But letting them take over rational thought is not fair...to me or others!

My daughter actually came up with a beautiful solution for both of us. She asked me, "Will Mary help me with this if I ask her?" YES!!! She asked to be better at computers and I asked for the grace to know my worth in God's eyes (lest I not be so concerned with what others think) and to take myself more lightly.

We said a Hail Mary together....and we both felt better.

And, I was late for preschool the very next day. As I pulled into the parking lot, I glanced at the clock...and smiled. If the nurse had said the exact same thing to me on that day, I would have readily agreed...go figure!!! Maybe I'd better add "being late" to my list, after all :).