Does Contraception Have a Place in Christian Relief Work? 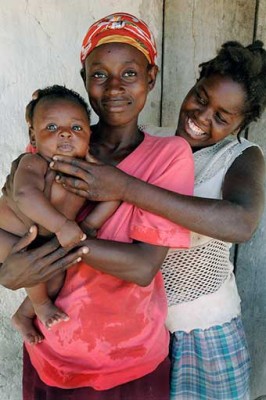 I was recently invited to tour a new medical ship run by the international Christian relief organisation Youth With a Mission (YWAM). This particular ship, destined for work in Papua New Guinea (PNG), is larger and newer than their current vessel, and it will allow YWAM to increase their medical assistance by 500%, offering health care immunisations, and training to 1.3 million people, a quarter of the nation’s population. The ship will offer basic but vital services which many of the poorest people of PNG would have little hope of accessing otherwise, such as optical and dental treatment, pregnancy assistance, as well as medications to fight malaria and tuberculosis.

There was no doubt in the presentation and ensuing discussion that the work being undertaken was of immense value, truly taking up the most basic Christian tenant to offer help to those in need.

The ship is currently moving up and down the east coast of Australia raising awareness and seeking young people as medical and general volunteers. The reason I was invited aboard was to help them create an awareness of the work amongst young Catholics, especially those who might look to give a few months to volunteering.

As the discussions developed I knew there was one question that needed to be asked, and that was their policy on abortion and contraception. While I was relieved to learn that as a Christian organisation they did not carry out abortions, they did distribute the contraceptive pill and the Depo-Provera injection which is designed to prevent pregnancy for three months at a time. Their reasoning for distributing contraceptives was because they operate within the medical policy of the nation in which they serve and contraceptives are part of the ‘health’ strategy of PNG.

Their response was not a real surprise and they are certainly not the only Christian relief agency travelling this path (even World Vision is the same). Contraceptives now form a large part of the medical response in developing nations and that is often because it is tied to much needed relief dollars from wealthier nations such as Australia and the USA.

From a moral standpoint though, treating fertility as a disease to be stopped is never an authentically human or Christian response. The long standing Judeo/Christian theological tradition is that fertility is a gift allowing and calling couples to share in the life-giving power of God. And while that has never meant that all couples are obligated to have 10 children, it does not follow that we are able to sterilise the meaning of the sexual union as a complete sharing of two people.

It is a tragedy that natural and scientifically accurate methods of fertility awareness (such as the Billings Ovulation Method) are not taught to these poor women as opposed to injecting them with what is a dangerous drug every three months. After all, a women is only fertile for a small portion of every cycle; natural fertility awareness respects and helps a couple to understand this and plan their family accordingly.

Contraception doesn’t care about a woman’s natural cycle, it simply kills fertility completely as if it were some sort of cancer. Even the communistic Chinese government has tested and authorised the national teaching of the Billings Method to help couples comply with their one child policy; of course they don’t care about the moral value of sexuality, but it shows that the method is understood to be highly effective.

Teaching couples about fertility awareness helps them understand their bodies and appreciate the gift of their sexuality; handing out contraceptive pills and injections to women is unfortunately more akin to the way we de-sex animals and far below our dignity as beings created in a divine image.

In addition, even though the YWAM medical ships may not carry out surgical abortions, it is part of the workings of the pill and depo injections that they act as chemical abortifacients, meaning that they stop the implantation of an embryo that has already been formed as a new life. Women are likely having very early abortions and being completely unaware of that fact.

Anyway, once the theory of contraception has been accepted, the idea of abortion is never far behind. They are two sides of the one coin which says that fertility is a medical problem to be dealt with.

It is very unfortunate that over the past forty or so years a number of Christian (Protestant) welfare organisations have bought into the heavily funded agenda from groups like Planned Parenthood which says that the distribution of contraceptives and even surgical abortion is necessary in the developing world. It is something which the Catholic Church, for some of the reasons above, finds intolerable. And admittedly it makes work with Protestant welfare groups, which on the most part have good intentions, often impossible. The saddest aspect of it all, though, is that these groups, working under the Christian flag, are standing beside policies that are harmful to the people and families they seek to serve.

"They anointed with oil many who were sick and cured them."
Read
Announcing the 2016 CatholicMom.com Nativity Scene Linkup!
Read
CatholicMom.com joins Holy Cross Family Ministries to grow outreach to families
Read