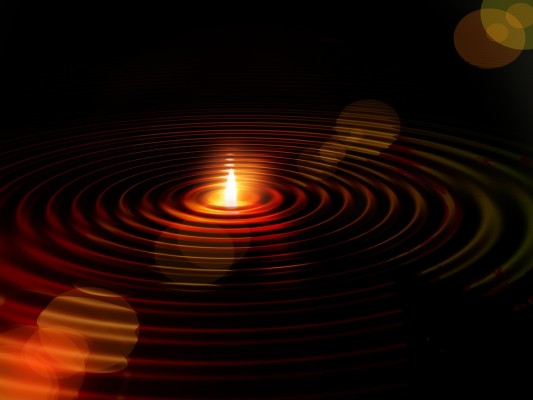 In the Church's Liturgy of the Hours, Evening Prayer, also know as Vespers, always includes the great prayer of Mary known as the Magnificat.   Each day, the Magnificat is preceded by a short verse or "antiphon" that links the prayer to the feast of the day or the season of the year.  In the last seven days of Advent (December 17-24), the antiphons before the Magnificat are very special.  Each begins with the exclamation "O" and ends with a plea for the Messiah to come. As Christmas approaches the cry becomes increasingly urgent.

These moving "O Antiphons" were apparently composed in the seventh or eighth century when monks put together texts from the Old Testament, particularly from the prophet Isaiah, which looked forward to the coming of our salvation. They form a rich, interlocking mosaic of scriptural images. The great "O Antiphons"  became very popular in the Middle Ages when it became traditional to ring the great bells of the church each evening as they were being sung.

Also, each one refers to the prophecy of Isaiah of the coming of the Messiah.  A particularly fascinating feature of the O Antiphons is that the first letter of each invocation, when read backwards, forms an acrostic in Latin: the first letters of Sapientia, Adonai, Radix, Clavis, Oriens, Rex, and Emmanuel in reverse form the Latin words: ERO CRAS.  These can be understood as the words of Christ, responding to his people's plea, saying  "Tomorrow I will be there."

Saying the O Antiphons as a family, whether during grace at meals, in front of the manger scene, or in front of the Christmas tree, is a wonderful Advent devotion.  To make this devotion even more fruitful, read and meditate together on the Scripture texts on which the antiphons are based.

December 17th:
O Sapientia (Is. 11:2-3; 28:29): "O Wisdom, you come forth from the mouth of the Most High. You fill the universe and hold all things together in a strong yet gentle manner. O come to teach us the way of truth."

December 19th:
O Radix Jesse (Is. 11:1, 10): "O stock of Jesse, you stand as a signal for the nations; kings fall silent before you whom the peoples acclaim. O come to deliver us, and do not delay."

December 20th:
O Clavis David (Is. 9:6; 22:22): "O key of David and scepter of Israel, what you open no one else can close again; what you close no one can open. O come to lead the captive from prison; free those who sit in darkness and in the shadow of death."

December 21st:
O Oriens (Is. 9:1): "O Rising Sun, you are the splendor of eternal light and the sun of justice. O come and enlighten those who sit in darkness and in the shadow of death."

December 22nd:
O Rex Gentium (Is. 2:4; 9:5): "O King whom all the peoples desire, you are the cornerstone which makes all one. O come and save man whom you made from clay."