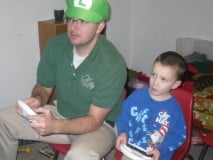 My four-year-old son has been trying to get away from me since the day he was born.  Well, actually, since before he was born.  I’m convinced he intentionally broke my water five weeks early so he could get out to meet one person: his dad.

My husband is Henry’s everything.  I think Henry loves me.  He tolerated nursing for a year-and-a-half, at which point he easily self-weaned much earlier than any of my other children--presumably to free up more time to spend with his dad.

Until Henry, I had never had a toddler who woke up in the middle of the night crying for Daddy.  At four years old, he still experiences what can only be described as periodic waves of grief while my husband is away at work.  He has an acute Daddy radar, and even when my husband successfully sneaks out the door to escape to the gym for an hour, it usually takes Henry only a few minutes to find me, look suspiciously around the room and ask, “Where’s Daddy?”

Henry and I have some good times together, and I know there are certain things only I can do for him: making a paper snowflake just like the one his big brother brought home from school, washing and folding his favorite jammies just so, and feeding him chocolate chip cookies still warm from the oven.  But as a boy who desperately wants to grow up to be a man, his father is the ultimate role model.  In Henry’s words, “My daddy is the fastest, the strongest, and the best!”

You can see it in eyes that shine and a smile that bursts forth every time he looks at his dad--that is who he wants to be when he grows up.

I can teach my son how to live a virtuous life, how to respect authority, and how to be an upstanding citizen.  And if an unexpected tragedy took my husband, I could probably single-handedly manage to raise my son into a decent, maybe even better than decent, human being.

But it just wouldn’t be the same.

He would be missing the one just like him.  The one who lets you shoot your Nerf Super Soaker water gun in the bathtub.  The one who understands that an important part of growing into a man is being able to pour your own cup of juice.  The one who laughs at your potty jokes because he actually thinks they’re funny.  The one who knows that sometimes you just need a good game of Mario Cart with your favorite person to set your world right.

In her book Boys Should Be Boys: 7 Secrets to Raising Healthy Sons, Meg Meeker presents this research:

--A boy living in a single-parent home is at double the risk of suffering physical, emotional, or educational neglect

--In single-mother households, older boys are more likely to commit criminal acts than their peers who live with two parents

This tells us a lot about the negative effects of fatherlessness on boys, but it is only a reflection of the truth my son already knows: he needs a dad.  And a mom.  He needs us both.  I know he doesn’t really want to get away from me.  I offer him a certain security and love that only a mother can provide.  But he knows it’s his father who holds the secrets to manhood.  And if he runs from me to discover those...well, I guess I’m okay with that. 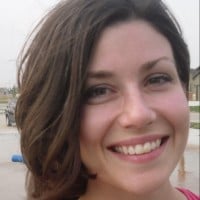 Charisse Tierney lives in Wichita, Kansas, with her husband Rob and seven children. Charisse is a stay-at-home mom, musician, NFP teacher, and a Catechesis of the Good Shepherd catechist. She is also a contributing author to The Catholic Mom's Prayer Companion and Family Foundations magazine. Charisse blogs at Paving the Path to Purity and can be found on Facebook.

Teaching My Daughter How To Dress: A Letter To My 6-Year-Old
Read
Accepting The Mess
Read
Holding On To Our Ideals
Read