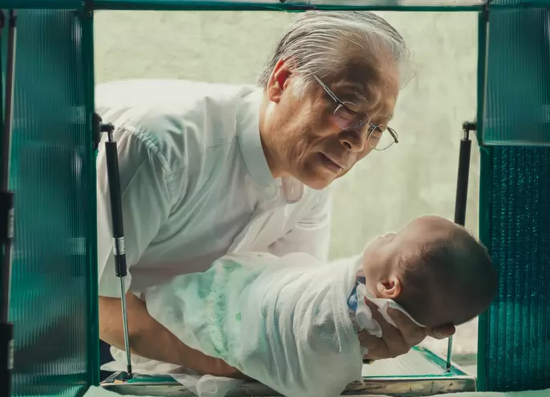 A few weeks ago, I had the honor of screening the new film "The Drop Box". Produced by Focus on the Family, this award-winning documentary highlights a South Korean pastor’s heroic efforts to embrace and protect the most vulnerable members of society. It is being released in theaters this week, March 3-5th, via Fathom Events. The evening will also include an exclusive panel discussion.

Unlike the usual movies that may linger in theaters until demand dies down, this screening is very limited, which means that you need to get out tonight through Thursday in order to see the film. And believe me, this documentary will inspire you in ways you could not have anticipated! I really consider it perfect Lenten viewing. The film is not for children, but teens and older elementary school students will be compelled by the message shared by Pastor Lee and his family.

“The Drop Box” tells the story of one man’s efforts to protect and care for newborn babies who might have otherwise been abandoned on the streets of Seoul, South Korea. Pastor Lee
Jong-Rak built a “baby box” – a safe harbor to welcome and care for these babies. So far, more than 600 babies –many of whom have disabilities – have been helped. A portion of the film’s proceeds will go to support Pastor Lee’s ministry.

The Drop Box is a stirring reminder of the precious worth of every human life. South Korean pastor Lee Jong-rak and his beautiful family remind us that each of us, acting with intentional kindness, can make a difference in this world so greatly in need of love and compassion.