Is Your "Surveillance Use" of Facebook Causing You Envy? 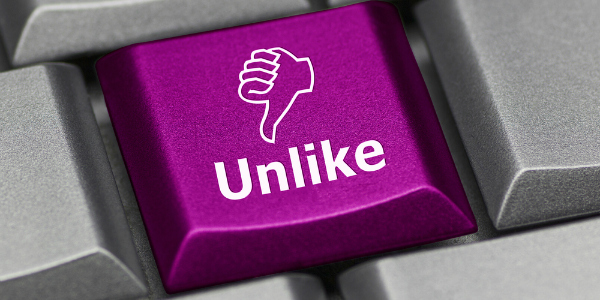 A new study out this week from University of Missouri, Nanyang Technological University, and Bradley University has been making the rounds in the media. Margaret Duffy, a professor and chair of strategic communication at the MU School of Journalism and Edson Tandoc, a former doctoral student at MU and now an assistant professor at Nanyang Technological University in Singapore found that some uses of everyone's favorite social media site can lead to detrimental emotional responses:

For their study, Duffy and Edson Tandoc, a former doctoral student at MU and now an assistant professor at Nanyang Technological University in Singapore, surveyed young Facebook users and found that some of those who engage in “surveillance use” of Facebook also experience symptoms of depression while those who use the site simply to stay connected do not suffer negative effects. Surveillance use of Facebook occurs when users browse the website to see how their friends are doing compared with their own lives. The researchers found that Facebook postings about things such as expensive vacations, new houses or cars, or happy relationships can evoke feelings of envy among surveillance users. They say that these feelings of envy can then lead to Facebook users experiencing symptoms of depression.

“We found that if Facebook users experience envy of the activities and lifestyles of their friends on Facebook, they are much more likely to report feelings of depression,” Duffy said. “Facebook can be a very positive resource for many people, but if it is used as a way to size up one’s own accomplishments against others, it can have a negative effect. It is important for Facebook users to be aware of these risks so they can avoid this kind of behavior when using Facebook.”

As I read these news reports, I had to pause and ask myself this question: "Am I surveilling?" If I'm being 100% honest, I must admit that I've engaged in some Facebook behavior that could be considered "surveilling". Sounds like I probably need to add that to my list for my next confession. In fact, I can think of a whole examination of conscience related to "sins of social media", but that's fodder for another post.

You may be "surveilling" if you've:

This being said, I don't often find myself "depressed or envious" when visiting Facebook. When discussing this topic with my friend and radio host Matt Swaim of The Son Rise Morning Show, I was reminded that there is a difference between envy and its counterparts, jealousy and covetousness.

Let's look at those three, and social media examples of each:

Envy: a feeling of discontented or resentful longing aroused by someone else's possessions, qualities, or luck.

Per the Baltimore Catechism: Envy is a feeling of sorrow at another's good fortune and joy at the evil which befalls him; as if we ourselves were injured by the good and benefited by the evil that comes to him.  Envy begets in the soul a want of charity for our neighbor and produces a spirit of detraction, back-biting and slander.

My co-worker Mary just got a great promotion. I wish I were her!

My co-worker Mary is posing in a picture with my husband at her promotion party. I'd better keep an eye on her!

Per the Baltimore Catechism: Covetousness is an excessive desire for worldly things. Covetousness begets in our souls unkindness, dishonesty, deceit and want of charity.

My co-worker Mary is driving that hot new sports car since she got a promotion last week. I'll never have a car like that!

So while this study specifically points to the empirical data that connects Facebook to envy (and therefore depression), it's fairly easy to also conclude (although not scientifically for the purposes of this post) that surveilling behavior on Facebook could also lead to jealousy and covetousness. And don't even get me started on lust.

So What's the Answer?

The article's authors seem to point out that the answer to this problem is not as simple as "don't go on Facebook". Per their conclusions:

“Social media literacy is important,” Tandoc said. “Based on our study, as well as on what others have previously found, using Facebook can exert positive effects on well-being. But when it triggers envy among users, that’s a different story. Users should be self-aware that positive self-presentation is an important motivation in using social media, so it is to be expected that many users would only post positive things about themselves. This self-awareness, hopefully, can lessen feelings of envy.”

For many of us, social media is not simply the way we pass time. It's a part of our work. It's how we market our businesses, connect with our colleagues, and communicate with our constituents. So if we're going to be using these tools, we need to equip ourselves emotionally and spiritually to deal with them professionally and in a holy fashion.

A few thoughts on how to countermand the impact of envy:

A question for you: Does your use of Facebook or other social media cause you depression or envy? What are some ways in which you use social media in an emotionally healthy fashion?

Sharing Your Walk With Jesus on Social Media
Read
I Probably Unfollowed You. Feel Free to Do the Same.
Read
Examination of Conscience for Social Media Users
Read