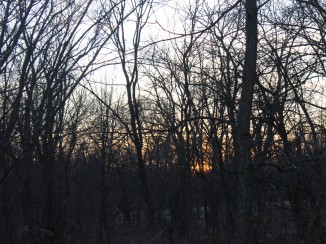 It is strangely perplexing and terrible to know that as I sit here in my neat, clean, warm bedroom looking out large glass doors upon a white world of snowy covered hills and trees with sparrows and red birds flying about and singing, that somewhere in another part of the world whole communities have been destroyed. Women and young girls have been sold as sex slaves, young boys forced into the stark brutality of war, and many innocent men, women and children beheaded, burned to death, or shot, entombed by dirt plowed over them like last year’s refuge.

How can a single world, our one planet earth, be home to such glory and tragedy – all in the same moment?  As my young children play outside in the snow, innocent of such evils, other children are enduring the pains of hell.  And I cannot help but wonder, why am I here?  Am I merely an observer to suffer through long distance tragedy, unable to assist?

Once, as a teen, a “friend” of mine thought that I needed to see the “real” world and he brought me to a brothel to meet some “friends” of his. All I remember of that terrible afternoon, was the eyes of the young girls who looked like they had died inside. Their heavy make-up was smeared, they smelled overly strong of a mixture of cheap perfume and other scents I could not identify but was repulsed by.  Later, after I gotten a little older, I signed on with Peace Corps hoping to help a world that I knew desperately needed help. One day, while traveling with some friends, we stopped in a “restaurant” though it was unlike any eating place I’d ever been in the US.  As we sat there, young girls barely covered by flimsy clothing were running up and down long twisting steps while loud music blared from the floor above.  I asked what they were doing and the knowing smiles of those around informed me that my acquaintance with brothel life had not ended.  I watched one little girl who could not have been more than eleven or twelve, her body not even developed and felt rage build inside of me, but that did not seem to matter to the crowd around me.  When I protested the horror of it, I was told: “It’s just life here.”

This week in the U.S. thousands of babies have been murdered in the womb, thousands of woman went to see 50 Shades of Grey, (Statistically many of them were moms - what does THAT say?) thousands of girls and women slept with their boy friends, and thousands of times we missed what God has given us in the gifts of our love, sex & passion.  I have eight kids – I know what passion can lead to.  I know that each of my children has an immortal soul that will live on even after the last star has blown out. Those abused young girls, and the women they grow into, broken and bruised beyond description by their trauma, often feel soul-destroying shame for what has happened to them.  But as I look at the world we live in, I wonder.  Should it not be us who feel the shame, the horror of knowing that we fed the evil by buying books that glorify sexual brutality, by paying for tickets to movies which pervert sexuality from life giving love to haunting sterility?

We are bound together by our humanity, or lack thereof, and by the fact that we all live here, now, together, on this one planet and we are capable of influencing each other.  We can make things better or much, much worse.  Perhaps I can’t stop the terror sweeping across other lands, but I can protest the evil in front of me – the evil of treating sexuality as a toy and women and children as mere soulless playthings.  Humanity must stop abusing our sexuality. It is a gift.  One we are destroying.  And where will that lead?  Look into the eyes of a sex slave just once, and I think you will see.