Is There Something Fishy about Pope Francis’s Upcoming Encyclical on Care of Creation? 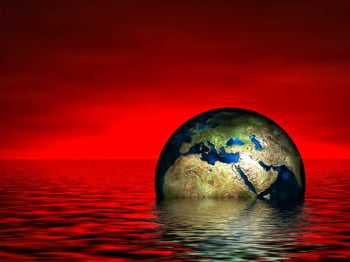 From all accounts, Pope Francis is soon set to issue an encyclical on the Care of God’s Creation. This major statement will address climate change and other ecological crises by exploring the faith responsibilities of Christians and all human beings to take care of the life God created on this earth. Like his predecessors, Saint John Paul II and Pope Benedict XVI, Pope Francis will explain these duties in terms of Scripture, the example of the early saints, Catholic teachings, care for the poor, ethics, justice, and the findings of science. It hasn’t even been released, and it’s already sparking controversy. Many want to declaim and dismiss him as being “political,” speaking outside the boundaries of religion.

Yet what is outside the scope of God, if God created all things and pronounced it  “good” many times over. And did not the God of the Israelites and Jesus himself tell us that we were to care for the poor? And are not the poor are the hardest and most relentlessly made to suffer by all pollution, loss of species to hunt and fish, and natural disasters? These are some of the many questions that Pope Francis will be addressing as he has already laid out in his many statements that have gotten the world talking. In his first papal Mass, he said it is our duty to be protectors of God’s gifts, he said, and “whenever human beings fail to live up to this responsibility, whenever we fail to care for creation and for our brothers and sisters, the way is opened to destruction and hearts are hardened.”

For me, as director of the Interfaith Ocean Ethics Campaign (IOEC), as I hear more and more about ocean acidification, overfishing, and so many other sins of the seas and the marine species on the road to extinction, I have wondered, will the plight of the ocean systems, species, and coastal peoples get enough attention in his encyclical. As they are out of sight, they are often out of mind. Will the sufferings of the poor of the small island developing nations, coastal regions, and the Arctic be heard?

But when Pope Francis decided to speak about climate change during his visit to the Philippines, I felt great confidence they will.  The people of these islands have been ravaged with six of the costliest super typhoons in their history since 2009, and three of the deadliest. Like the other small island nations of the world, their poor are not only getting hit by increasingly frequent and more intense storms, but they are losing their homes as the seas rise, and their livelihoods as fish diversity and populations plummet.

Of climate change, Pope Francis said, "It is man who has slapped nature in the face." Saint John Paul II, who taught deeply and widely on Christians faith responsibility toward the poor and all of God’s community of Creation, said: "On the basis of our covenant with our Creator...each one is invited to a deep personal conversion in his or her relationship with nature."

Let us take this Lent to become more aware of the effects of our actions as individuals and as humans together. Let us repent and convert our minds, hearts, and habits – and work joyfully together, and with people of other faiths and no faith at all, to “renew the face of the earth.”

Marybeth Lorbiecki is the author of Following St. Francis: John Paul II’s Call for Ecological Action (Rizzoli Ex Libris, 2014) and the director of the Interfaith Ocean Ethics Campaign (IOEC) – www.oceanethicscampaign.org, www.facebook.com/interfaithoceanethics Lorbiecki was consulted by the Pontifical Council of Justice and Peace in preparing positions on sustainability for the UN based on St. John Paul II’s teachings, and she herself attended the UN discussions on a Sustainable Goal for the Oceans in February 2015, helping Francscans International formulate their position statement.