"A.D. The Bible Continues" Promises to Be "Must Watch" Viewing for Easter Season 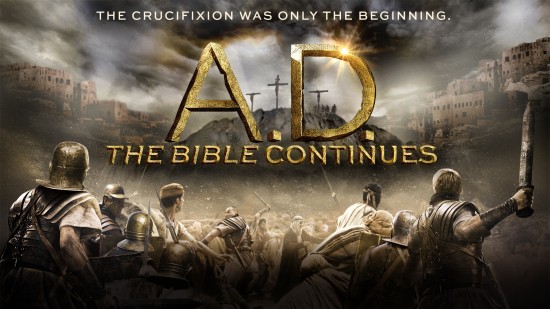 I just spent the last hour watching as sneak peek of Sunday's premier of the new N.B.C. drama A.D. The Bible Continues. Following on the heals of their massive hit The Bible, Executive Producers Roma Downey and Mark Burnett again combine forces to bring new dramatic life to timeless truths.

A.D. debuts on Sunday and will air for twelve weeks. After watching this first installment, I have the sense that for many of us this will become not only faith-oriented viewing, but also the kind of "must see" appointment that we've made for shows such as Downtown Abbey, Mad Men, or Breaking Bad.

I say this not because the content is the same sort of sometimes "adult" oriented fare as those shows. The first episode of A.D. that I screened is definitely more mature viewing because of the graphic nature of the crucifixion scenes that it covered so beautifully. But I liken it to some of these other episodic dramas because of its heavy emphasis on the relationships and people behind the action. 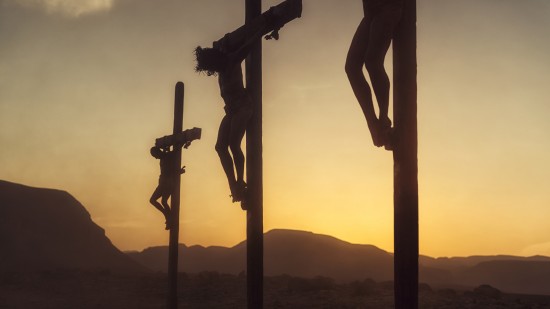 In Sunday's episode, we watch as Jesus is condemned and crucified. We witness the political and religious intrigue that leads to Jesus' condemnation by the rulers of his time. We stand with Mary (played not by Downey in this series, but by the truly compelling Greta Scacchi) and the beloved disciple John (Babou Ceesay) at the foot of the cross. We witness Peter's betrayal and the disciple's palpable fear as Christ is laid in the tomb. With them, we wait...

These are pieces of the story we already know, so don't expect "cliffhangers". But I think you'll join me in being surprised at how you can see biblical content you've known and believed for years presented in such new and fresh ways. I honestly can't wait to watch the New Testament play out with this series. The production value, scriptwriting and acting in A.D. combine to build upon the previous successes of Downey and Burnett.

I've already set my DVR to series record for this one! If you enjoy great television as much as you love learning about the roots of our faith, I hope you'll join me.