Editor's note: Today, we welcome a guest article by Steve Wood of www.dads.org. We thank Steve for sharing this important information with our readers. Lisa 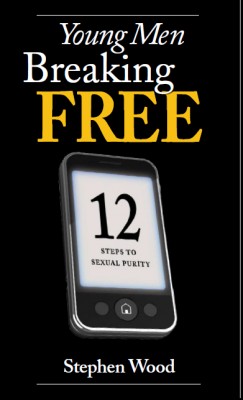 How long can we ignore this 800-pound slobbering gorilla?

It is the greatest ignored crisis in the Church today. I lack a vocabulary to say how great a threat this is to the Catholic faith.

Let me tell you some stories that show the consequences of this unmitigated catastrophe.

Peter (not his real name) heard the call of Jesus to become a Catholic priest. He felt privileged to attend a Catholic seminary with a reputation for strict adherence to orthodox Catholicism. Wisely, the seminary monitored all Internet use by the seminarians to keep all of them on the straight and narrow. Peter and all of the other seminarians were well aware of this.

The devil may still be laughing about Peter’s ruined vocation as a priest.

Orthodox Catholic colleges have the problem under control, right? Wrong!

A porn-addicted adolescent or young man ruins his future as a successful husband and father -- unless he can break free of his addiction and heal his brain. This can be done.

I felt deep in my heart that somebody should do something about the problem now.

I need help in reaching out to young Catholic men. There are two ways Catholic mothers can assist.

First, get copies of Young Men Breaking Free for your sons and for your friends’ sons.

Thanks in advance for your timely assistance in getting Young Men Breaking Free into the right hands.

P.S. Most of you have installed filtering software on your home’s computers. Did you know that tech-savvy teens can defeat the filter by Googling “how to beat …name of filtering software,” or “how to get passed … name of software?” It only takes them two minutes to learn how to circumvent your Internet protection. Check out these devious sites yourself to see how effective your filtering software really is.