Science vs Religion... Why the Battle? 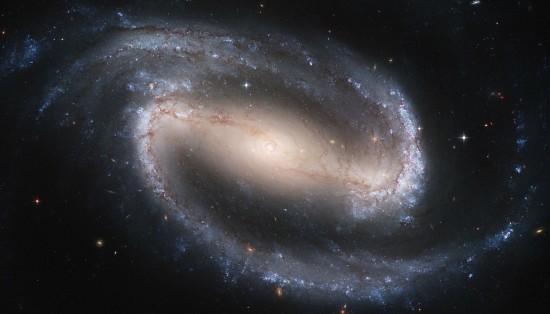 The other night I was watching a TV documentary on the ‘debate’ between intelligent design and evolution. The program captured the turmoil in 2005 that tore apart the community of Dover, Pennsylvania in a battle over teaching evolution in public schools. A pointless debate if ever I heard one…allow me to explain.

The debate around creation vs evolution did not begin in Dover, Pennsylvania; in part we could trace it back to Rene Descartes, the 17th century French philosopher who is famous for his phrase “I think, therefore I am.” Descartes posited that all we could really know was in the mind, and his legacy was a split between the physical world and the spiritual world. Prior to this type of thinking, people understood the supernatural to be more real than the physical space they inhabited.

The other split that began just before Descartes was the Protestant Reformation. The reformers who objected to the doctrines and structure of the Catholic Church held as their foundation principle that of sola scriptura – Bible alone. No longer would all of Christianity believe that the Bible should be interpreted by the Church (which actually compiled the book) but rather it would become something that could allegedly be perfectly interpreted by anyone who wanted to read it. This individualistic reading of the Bible divorced from Sacred Tradition led to a literal fundamentalism among some of the Protestant denominations (and this is where the good people of Dover fit in).

These splits in the world of philosophy and religion contributed to the 18th century ‘Age of Enlightenment’ where the world was to finally cast off the infantile belief in God and see in a new era based on science and intellectual interchange. “God is dead” is a widely-quoted statement that came out of that same period. (Never mind that some of the most foundational scientific discoveries were made by Catholic clergy!)

The end result has been that many, if not most people in the modern world see a split between body and soul, faith and reason, scripture and tradition, science and God. These splits have seeped into the consciousness of many Catholics even though the Catholic Church has proclaimed over and over the unity of all these aspects. Too many people now think that all Christianity is Protestant Fundamentalism. Too many Catholics disregard their faith because they think that they have to choose between science and religion.

The reality is though that science and faith are two sides of the one coin; they are both looking to discover the truth. Science can do a great many things. Science is able able to clone sheep and grow embryos in petri dishes. What science is unable to do is consider whether or not these things should be done. Science does not consider the morality of its actions. Similarly, faith can do a great many things. Faith is able to lead a person to understand their deepest desires and emotions for love and truth. Faith however, does not help us understand how our world works in a physical sense. Whereas science tells us what we are, faith tells us who we are. One cannot exist without the other. When science tries to play God it oversteps its boundaries. When faith tries to play science it oversteps its boundaries.

The Catechism of the Catholic Church makes the point well, “There can never be any real discrepancy between faith and reason. Since the same God who reveals mysteries and infuses faith has bestowed the light of reason on the human mind, God cannot deny himself, nor can truth ever contradict truth. Consequently, methodical research in all branches of knowledge, provided it is carried out in a truly scientific manner and does not override moral laws, can never conflict with the faith, because the things of the world and the things of faith derive from the same God” (Paragraph 159).

Ahh, the joy of Catholicism…faith and reason! So if science tells me that the world is 3.7 billion years old, who am I to argue with that?! Even Pope John Paul II publically stated that there was no in principle conflict between evolution and the doctrine of the faith, and he was not the first Pope to do that. Those who believe that the Bible is a geology textbook have gravely misunderstood the Bible. Someone needed to tell the folk of Dover that scientific evolution does not do away with the need for God. They would have done the school children a much better service to not set one against the other. I fear all they achieved was another generation that will reject religion because of a false dichotomy.

Where Are All The Men?
Read
Are Electronic Games Making Us Stupid?
Read
In Google We Trust
Read