Why Do We Call Mary "Star of the Sea"?

I was admiring my sister-in-law’s garden the other day with her beautiful stone Madonna looking perfectly in place surrounded by budding flowers. I thought sadly of my own haggard garden of bunny-munched tulips in hardened, bare earth. I’d considered putting my own little statue of Mary out there but it just didn’t seem right. Unless, perhaps, it was a statue of Our Lady of Sorrows, but it seemed like just one more thing she’d have to pray for.

The smiling Madonna, the sorrowful Mother of God, Our Lady is known by her children by a multitude of titles. Some of them are intuitive—Mary, Help of Christians, the Theotokos, or Christ-bearer—but some are not. A few have left me wondering, why do we call Mary that?

The first that’s always intrigued me is the title of Mary, Star of the Sea. The Catholic Encyclopedia mentions that this title of Mary originated from St. Jerome’s fifth-century translation of Eusebius of Caesarea’s Onomasticon (dictionary of proper names) in which he translates Mary’s name in Hebrew— Miryam, meaning drop of the sea—into the Latin Stilla Maris, which later became Stella Maris due to a dialect of the Latin peasants. 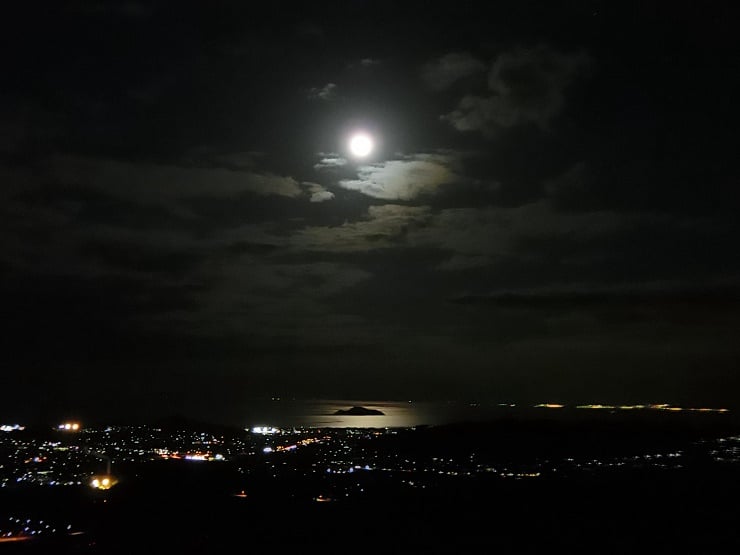 A linguistic error? I was at first disappointed in the origin of that beautiful and oh-so-appropriate title for Our Lady who points us in the direction of Her Son, helping us navigate the sometimes rough waters of this world and even our own passions. Soon, though, the etymology of that title seemed fitting: a drop in the ocean becoming the guide for the entire sea; an unknown girl through faith and generosity becoming the Mother of God. The title now also evoked to me God’s exaltation of humility.

Since Jerome, Mary, Star of the Sea has been a beloved title of Mary, especially among her many children who live and make their livelihoods by the sea. For a beautiful reflection on this special title of Mary please see Sarah Reinhard’s article on the subject for Catholic Exchange.

Living in Wisconsin, I’m far from the ocean and mercifully out of reach from the damage it can wreak. However, the storms of my passions come quickly and often without warning. This title of Mary has become a new favorite of mine when I feel the pull of emotion overtake the reality of a situation.

Saint Bernard of Clairvaux captured this moment and how we ought to respond in supplication to Mary in his twelfth century treatise “Homilies on the Gospel ‘Missus est’”:

Mary, Star of the Sea, pray for us!

Our Lady of Fatima Has a Hold on my Heart
Read
Mary as La Negrita, Our Lady of Angels
Read
What Mother Mary Taught Me About Hope (and Jeremiah 29:11)
Read