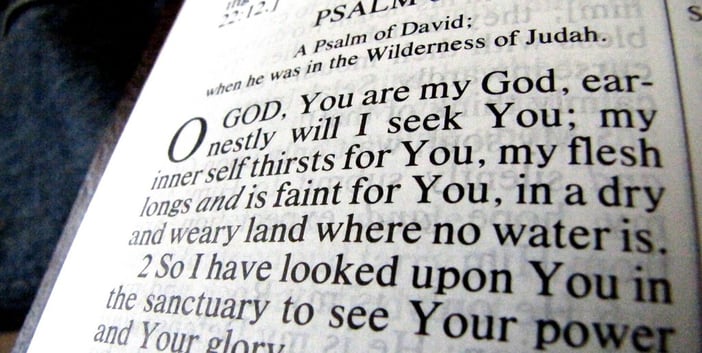 I walked up to the church building that read “Center of Worship” and saw two older gentlemen holding the doors open. I introduced myself and let them know that I was there as a Master’s level student to participate in their church service. I also asked to talk to a minister. The people were extremely welcoming, and kind. The minister said he would be happy to allow me to interview him after the service.

I took a seat upfront in a cushioned pew in between a few sets of older, nicely-dressed ladies. No sooner did I sit down than did the older lady in front of me say, “Hello, are you new? I don’t remember seeing you here before.” She was sincere. I told her that I was there to observe the service and that I was Catholic and asked if that was ok. We both laughed and she said, “Of course that’s fine.” An usher scooted into the pew next to me and gave me a pamphlet that told about the happenings of their church. He also told me to fill out the new guest form if I would like to and put it in the offertory plate. He assured me that they did not expect me to give money because I was just a guest. I felt so comfortable there.

The music began and I was able to follow along with a program they had given to me when I arrived. A spontaneous prayer was said by the singer. Another song was sung, and although there were probably only 50 people I could feel the passion of the believers. The minister made a few announcements. Then another song was sung followed by another spontaneous prayer by the singer. Next a woman with an unbelievable voice sang a song about giving our hearts to Jesus. The minister came back up and gave his sermon. Now, I listen to Baptist preachers on the radio daily. I let the scriptures sink into my heart. I don’t always agree with the Baptist interpretation of the scriptures but I love that they go into depth about them. So, I was anxious to listen to the preacher. He was continuing a scripture series on Habakkuk from the Old Testament. I had never heard of him before. There was a Bible in the pew and I looked up the verses. The other program they gave me had the outline of the preacher's talk. It was very engaging. It lasted about 30 minutes and I was completely in it. The Minister, David Duncan, finished with a strong statement, “There are really only two choices, either you believe, or you don’t. A man’s belief will determine his conduct and then his destiny.” I was quite intrigued.

One more song was sung and then the minister explained that he would stand at the end of the aisle while the song was being sung. If anyone felt saved, and ready to accept Jesus Christ as their savior and their God they were invited to come forward. I was hoping I would witness this but no one walked down the aisle. The majority of the people there were over the age of 70. I think each of them had already been saved. The minister said a few kind words and one final song was sung. Everyone seemed to greet each other and move out of the church. I was then able to interview David Duncan. He was a very kind and thoughtful person.

The experience was comfortable. Maybe because I went to kindergarten at that church. Perhaps it was because everyone was so welcoming. Or maybe because I knew that I was surrounded by people of faith. Just like in my faith community. It was completely different than the Catholic Mass. It was a prayer service with a teaching of the Bible. It was a great way to pray in community and learn about scripture but it left me thinking I was not filled up with the presence of God like I am after Mass. I was glad that I had attended Mass that morning at my own church. Something both churches have in common is that we are both aging and need youth. We all just love God and want to share it with each other. What struck me the most was how welcoming and kind the people were to me? I hope that I am that welcoming and kind to visitors in my own place of worship, as we all should be.

I enjoyed this experience. I learned quite a bit about the Baptist faith through the interview with the minister, participating in the prayer service, and also interviewing a lay person from the church. I think it is invaluable to learn about other faiths and not just see the differences but embrace our similarities as well. We all love one triune God and believe in the salvation of the world through Jesus Christ our Savior. Thanks, Highview Baptist Church, for showing me the love of Christ.

A mother's nightmare: perinatal mood disorders
Read
The Search by Lori Hadorn-Disselkamp
Read
A call to prayer from the monastery’s bell-- prayerful disciplines for Lent
Read