War: Do we see, and remember? 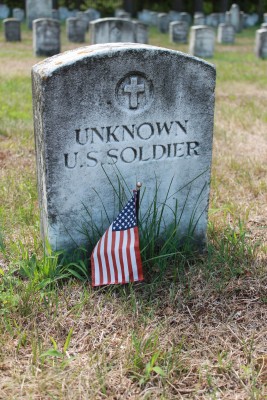 A couple of years ago, I posted a blog about war in the Middle East. Since then, our government may have brought soldiers home, but in the process lost the country/countries that many of our soldiers died to free. A big, short-sighted mistake.

And now, looking at cities in civil unrest like St. Louis, Baltimore, and others--in fact, more cities every day--it looks as if we are at war in our own country, with our own countrymen. Americans are killing other Americans.

Are we paying attention??

The danger of not paying attention, or caring about what happens enough to put a stop to it, is HUGE.

We need to see, and remember.

I recently saw a video where a large percentage of Pennsylvania college students couldn't even answer questions about the Holocaust of World War II. Some didn't even know who Adolf Hitler was, or what country he led in the War. They'd never even heard of Concentration Camps, and certainly couldn't name one! Some students in another questionnaire thought George Washington was president during the Civil War. And if you can believe it, another thought the American Revolution was fought against Spain!

What's happened to once-required American History classes? If they are taught at all, they are sometimes revised to favor the politically-correct. These are things that should be remembered, and remembered honestly and correctly.

If we don't study our past, and the generation involved in a particular war dies off, then so do the memories and the lessons learned. The past should have been considered in the wars and holocausts that are happening today. Yes, today!

Today, we ought to be considering the courage of our American soldiers who fought in past wars, as well as the loss and grief of their families. But how many really do that?

However, there is one past war that is, at least, remembered by many Southerners. No matter the side your ancestors may have fought on in the tragic Civil War, Americans actually killed other Americans on their own soil. They suffered the same feelings of fear and sorrow as soldiers experience today. But the devastation left in the South in order to bring it to its knees was abominable. Think of the burning of Atlanta, and Sherman's march to the sea, destroying all in his path--including the farms and homes and livestock and possessions of my own relatives. Oh, did they have stories to pass down to us!!

I think this video is a good example of what every war really is, an intensely personal tragedy. This goes for past wars, and war in the Middle East today.

Remembering that We are Made for Heaven
Read
What Your Kids Will Remember
Read
Can We Remember the Love Story?
Read