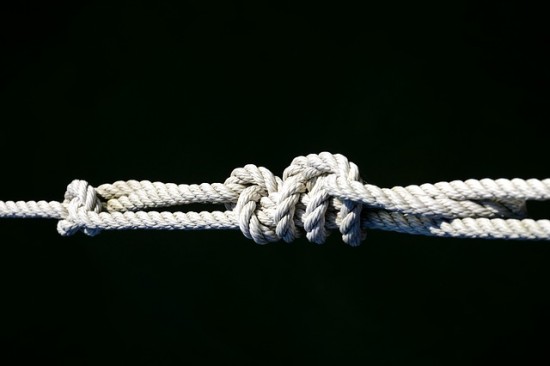 Image by Antranias (2014) via Pixabay.com

Its been about nine years now, but I can still remember the nurse actually laughing when she undid the ream of tags for my blood work and it was so long, the tags hit the floor. She couldn't believe the amount of tests my doctor had ordered, nor could she possibly understand my deepest hope that something would show up on the tests that would explain why I was having so much trouble carrying a baby to term.

I was at a point in my life where I should have been content. I had been blessed with more than I ever dreamed in the gift of our two sons. I was happy, absolutely. However, try as I might, I just couldn’t shake a deep desire to have another child. I felt guilty wanting anything more than I had already been given, but I knew our family was not yet complete. I wanted so much to feel secure that all was as it should be. But my heart told me differently, so I continued to ache for another child.

Never did I think we would remain without any logical answer when the tests were reviewed and nothing out of the ordinary surfaced. I guess I should have been happy with the results showing all was normal, but I so desperately wanted to have a problem I could fix.

After several more months of waiting for our prayer to be answered, I was certain I was expecting. Going through the motion of taking the pregnancy test was, so I thought, a mere formality. I had convinced myself I was pregnant and was already calculating the month the baby would be born.

I didn't realize it that day, but I now understand that it was that very moment, in the midst of my anger, that God began “operation adoption.” He, in a sense, purified me by bringing me to a point where I simply could not depend on my self. There was nothing more my human self could do to bring another life into our family.

“Above all the grace and the gifts that Christ gives to His beloved is that of overcoming self.”

I've always had a special devotion to our Blessed Mother and have been praying the rosary since I was young. When praying the Sorrowful Mysteries, I never understood the fruit of the second sorrowful mystery; that of purity. I could never figure out what “purity” had to do with Jesus being scourged.

This mystery seemed to open up for me when reading a book with incredible insight from St. Francis of Assisi about the simple fact that we are nothing on our own; we are everything in God. I began to think about this in terms of purity and slowly began to realize that it was at what I felt was my lowest, weakest point in my life when I was purified in His sight. I was likened to a clean slate. I had exhausted all my human avenues and had come up empty. It was time to surrender and hand it all over to God; time to sink or let Him hold me as He walked on water.

The lesson of surrender is one that doesn’t easily stick for me. I love order. I love plans. I love plans that are executed in an orderly fashion. I love to think I have it all under control. No matter how many times life gets messy and I’m reminded that I do not have it all under control, I never hesitate to try to fix things on my own before I finally surrender it to the one I should have handed it over to right from the start. It's a continuous tug of war with me and God and I am eternally grateful to know that He will never tire of pulling me back over that line.

If you've watched Mel Gibson's “Passion,” you've witnessed the brutality Jesus suffered at the hands of those who scourged Him. There is not a more humble sight, a more purified soul than that which would hand His life over to His Father and continue to trust in His will as He endured such horrific suffering, mockery and devastation. Jesus was cleansed of self, purified in His selflessness, His all-encompassing desire to live His Father's will. As a result, we are all washed clean in His blood. We find our purity in and through His most beautiful sacrifice.

There isn’t a soul on this earth that can’t somehow relate to suffering. We’ve all seen times that were difficult, times when we’ve questioned where God is in all of it. Make no mistake. When we suffer, God suffers. He is our Father after all. Not only does He want the best for us, He has actually designed it, from beginning to end. I imagine when He saw me sitting in tears on the bathroom floor all those years ago, His heart was just aching to tell me His plans. He had to wait for me to empty myself of myself and trust in Him. It must be just as hard for God to wait patiently for us to trust him as it is for us to eventually award that trust. I can just see Him trying to get through to us, saying, “It’s ok. I got this.”

The process of adopting our daughter was filled with unknowns, questions and lots of “what-ifs.” One would think it would have been one of the most stressful times in my life. Oddly enough, it was one of the most freeing. I  had never before, nor ever since, felt so confident and secure in what I was doing.  God had pulled me well over the line and I was never so happy to follow His lead.

"All Aboard!"
Read
They're Bees!
Read
Hold on Tight
Read