Do You Know a Woman of Bravery? 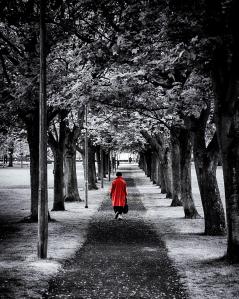 Who is the woman who means, or has meant, the most to you? Is it someone you trust? Someone you love? A woman you admire from the media?

Or is it a woman unnoticed by the world, a part of your life, but loved by only a few?

What are the qualities this woman has that makes her so important to you?

Traits traditionally cited as feminine include gentleness, empathy, and sensitivity. I would submit another trait: extraordinary bravery.

Is the woman you most admire a woman of bravery?

There are many women today who stand up with courage–in quiet and often unappreciated ways such as:
Loyalty to a loved one.
Tending to sick children or parents.
Making a paycheck cover the month.
Giving up something she WANTs so her children can have what they NEED.
Standing by a friend despite the politics.
Loving an enemy who’s asked her for forgiveness.
Quieting the gossip of others when she knows it is hurtful.
Continuing, when continuing is hard.
Keeping faith in God and passing it to others by her example.

Here are some examples of bravery in women from the Bible.

Sarah – wife of Abraham. Sarah was also the step-sister of Abraham. When they went down to Egypt, Abraham told Sarah to say that she was his sister, which was true. She then caught the eye of the King of Egypt who took her as his wife, but later restored her to Abraham through divine admonition. Sara gave birth to their son Isaac when she was 90 years old and Abraham was 100 years old. She laughed when she was told by visitors to their home that she would have a son. Therefore, the son she bore was named Isaac which means “He will laugh.” Isaiah 51 calls Sarah the mother of the chosen people.

Rebecca – married Isaac when he was forty years old. Rebecca bore twins, Esau and Jacob, when Isaac was sixty years old. Esau grew to be a skillful hunter and was preferred by Isaac. Esau was tricked into selling Jacob his birthright. Rebecca favored Jacob and when Esau was sent by his father to hunt some game, Rebecca prepared a dish for Jacob to give to his father, pretending he was Esau. She also covered Jacob’s hands with goatskin since Esau was hairy and Jacob was not. Isaac, thinking that Jacob was his favored son Esau, gave Jacob his blessing. Esau returned and learned that Jacob had received his father’s blessing and his father had no blessing left to give to Esau.

Deborah – a unique character in the Bible. She was a prophetess as well as the only woman to be a Judge of Israel, making her the equivalent of a king. She was also a leader of the army of Israel. Israel had been under domination by the Canaanites for twenty years. Sisera was the captain of the Canaanite army which far outnumbered the army of Israel. Deborah was told by God to have her general, Barak, take his soldiers to Mount Tabor. They would be engaged in battle by the Canaanite soldiers but the Israelites would win the battle. Barak agreed to do it only if Deborah would accompany him. The Israelites did indeed defeat the Canaanites. Deborah gave all the glory to God for the victory and also thanked Him for what He had done for the nation of Israel.

Judith – The king of Ninevah sent his general Holofernes to subdue the Jews. The Jews who were suffering from a famine were about to give up when the widow Judith reprimanded them and told them she would deliver the city herself. She entered the camp of Holofernes and captivated him with her beauty. When he became drunk, she cut off his head. She returned to the city with his head as a trophy and the Jews gained the strength to defeat their enemy. Chapter 16 is Judith’s song of thanksgiving to God for the victory.

Ruth – In the time of the judges, a famine arose in the land of Israel. Therefore, Naomi and her family emigrated from Bethlehem of Judea to the land of Moab. After her husband and children died, Naomi left Moab to return to Bethlehem. She was accompanied by her daughter-in-law Ruth who insisted on going with her. Ruth intoned that famous quote “Your people shall be my people, and your God my God.” To help out, Ruth went to work in the fields of Boaz, a rich man. Boaz married Ruth who bore him a son Obed, the grandfather of David. The book of Ruth therefore gives insight into the origin of David, King of Israel and the royal ancestor of the Messiah.

Esther – Upon the death of her parents, Esther was adopted by her uncle Mordecai. Esther won the favor of King Ahasuerus who made her his queen. The king had meanwhile raised Haman to high rank and all the king’s servants bowed down to Haman. Mordecai would not bow down to Haman. Haman obtained the king’s consent to a massacre of all the Jews in the kingdom. (Mordecai, of course, was a Jew.) A gallows was erected to hang Mordecai. The king learned belatedly that Mordecai had never been rewarded for revealing a plot by the eunuchs to kill the king, and therefore planned to reward him accordingly. He asked Aman what would be a fitting reward for one to be honored by the king. Aman, thinking that he himself was to be honored, suggested the use of the king’s apparel and insignia. Esther informed the king of the plot of Aman to destroy her people. The king then ordered Aman to be hanged on the gibbet he prepared for Mordecai and bestowed on Mordecai all of Aman’s property. Mordecai then instituted the feast of Purim to celebrate the day when Aman would have destroyed the Jews but which Esther turned into a day of triumph.

All of these women of the Bible showed extraordinary bravery during a time when women were regarded as mere chattel with no rights and little respect. It is fitting that they should be recognized for their character and accomplishments in the book that is the Word of God.

Shouldn't those quiet women in our lives today--those we love and admire--be recognized by us for their courage?

Honoring the Bravery of Infants
Read
Why Can't We Get It Through Our Heads?
Read
War: Do we see, and remember?
Read