Why Students (Even Non-Californians) Should Know the California Missions

Editor's Note: We welcome Christopher Zehnder of Homeschool Connections, who explains the reasons students need to learn about the missionary history of California. As we look forward to the canonization of Bl. Junipero Serra later this year, this is a timely and fascinating topic. --Barb

One of the best reasons to study California mission history is that it is just a good story -- a dramatic story of heroic sacrifice and even martyrdom. It is a tragic story, too, for it tells of the promise of the mission system and how it was ultimately destroyed. California mission history is anything but boring. But there are other reasons students should learn about California's Catholic mission system and the dedicated men who established it. 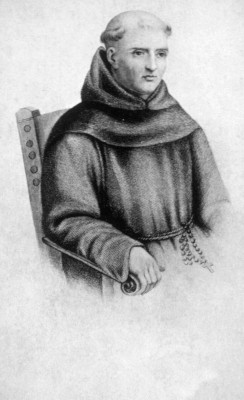 American history provides a number of great men and women for students to admire and emulate -- but most of these are not Catholic. Young American Catholics need to learn that the Church has not been lacking heroic witnesses, not only in the Old Country, but in the lands that today form the United States. Among the most significant of these witnesses are Blessed Junípero Serra and the Franciscan missionaries in California. To miss out on their story is miss out on one of the most important chapters in American Catholic history.

Catholic students should know that Catholic cultures have flourished in North America, including that part of the continent that became the United States of America.

Though Catholics have always been a minority in the United States, they have brought to the country rich traditions and cultures influenced by the Catholic faith. One thinks of the Cajun culture of Louisiana, the various German Catholic settlements of the Midwest, the Italian and Irish and Slavic enclaves in America's great cities, or the Hispanic culture of New Mexico. To these we must add the Hispanic culture of California that first flourished in the Franciscan missions.

To the Pilgrim Fathers and the founders of Jamestown Fathers, why not add the Franciscans of California?

Much of U.S. history focuses on what happened in the East, which has led to a certain imbalance – for there is a rich history of the West that students should know as well. Studying the history of early California helps students attain a better balance in their understanding of the history of their nation.

Even non-Californians should know about California

For good or ill, California is one of the most influential regions in the United States. It influences much of American culture and politics. It is not an exaggeration to say that one needs to understand what has happened in California before he can fully understand what has happened in the United States. The Franciscan missions and what happened to them form an important part of the history of California. They are the foundation of the settlement and culture of the state. 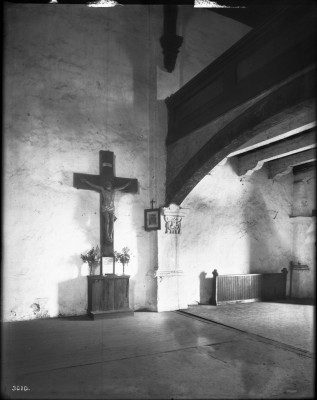 Crucifix in the choir loft at Mission San Gabriel Arcángel

The ideals that inspired the California Missions provide a Catholic vision of how Europeans and Native Americans could have lived together in justice.

The story of the interactions between Europeans and Native Americans in the United States has been a sad one. Throughout the 19th century, in particular, people asked the question, how can Indians and whites -- peoples with profoundly different cultures -- live together in justice? The Franciscans in California provided an example of how this could have been done. Why they failed to achieve their ideal is equally instructive to students, who must learn to do what is right in a society that is at times opposed to their ideals.

Studying the California missions will help students deal with the exaggerations and falsehoods leveled against the missions' founder, Blessed (and soon to be Saint) Junípero Serra and his successors.

The California mission system was never perfect (the Franciscan missionary fathers themselves admitted this), but it has been the target of attack for well over two decades now. Junípero Serra has been accused of cruelty and even genocide. To understand such criticisms, students need a balanced view of the mission era of the missionaries, with all their strengths and weaknesses.

The history of California -- like the histories of the various Latin American countries -- helps students better understand the cultural and political ideals of the United States.

Often we understand our own culture by comparing it with another culture. This is especially true when one set of ideas influence different cultures in very different ways. The political and social ideas that helped form the United States were at play in Hispanic or Latin America -- but with sometimes very different results. From 1769-1846, California was an outpost of Hispanic America. California's history can thus help students better understand U.S. History.

"The Rise and Fall of the Missions of Alta California" --- Christopher Zehnder, MA, is offering this class, for grades 7 and up, through Homeschool Connections, for the 2015-2016 school year. Mr. Zehnder is general editor for the Catholic Textbook Project, and is the author of three of the project's books: From Sea to Shining Sea: The Story of America; Light to the Nations II: the Making of the Modern World; and Lands of Hope and Promise: A History of North America (available in hard cover this Fall). 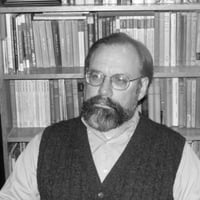 Christopher Zehnder, a graduate of Thomas Aquinas College in Santa Paula, California, earned his Master's in Theology from Holy Apostles College and Seminary in Cromwell, Connecticut. Currently the General Editor of the Catholic Textbook Project, Mr. Zehnder has served as the senior editor of two news publications, a high school teacher (history, theology, Latin, English grammar, literature, classical literature), and the headmaster of a middle and senior high school. He lives with his wife and children in the mountains of Central California.