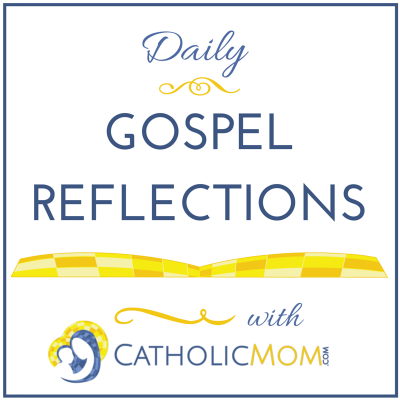 The gospels don't have much to say about St Joseph. Beyond the two accounts where an angel appeared to him—the first to tell him take Mary as his wife and the second to tell him to flee to Egypt to save Jesus’ life—we don’t know much more. We know that his lineage could be traced to King David. Even though his blood did not flow through Jesus’s veins, the Bible mentions Joseph’s lineage as significant to the fulfillment of the prophecy about King David’s lineage producing a “righteous shoot” and a king.

We also know he was a righteous man because the Bible says so and because he did not want to expose Mary to shame. When an angel appeared to him, he was obedient and did as the angel of the Lord commanded him immediately.

This is an interesting fact about St. Joseph. Did you know that the colors black and green are associated with St. Joseph in Christian art much the same way blue is attributed to Mary?

Saint Joseph, pray for us.

We thank our friends at The Word Among Us for providing our gospel reflection team with copies of Abide In My Word 2015: Mass Readings at Your Fingertips. To pray the daily gospels with this wonderful resource, visit The Word Among Us.