Can You Make A Goal To Get Married?

For most of my teens and my early twenties, I was pretty sure I never wanted to get married and I was definitely sure I didn't want to have kids. Don't get me wrong; I wasn't one of those "get those smelly kids away from me" kind of people. I liked kids, I was just pretty confident I wasn't cut out to raise them. I wanted to start businesses and have an exciting career and enjoy life! To help me accomplish this, I was an avid goal setter.

I LOVE goal setting. I'm not much into New Year's Resolutions but I do like to set my yearly goals at the beginning of the year. I sit down and I write out my 10-year goals and my 5-year goals, and then I create more detailed one-year goals. After I have those figured out, I create quarterly goals and that's how often I officially check in on the progress I'm making.

My goals were usually related to being healthier, moving my career forward, spending more time with my family, acquiring new skills and seeing new places.  So in December of 2008, I was sitting down to start my great Goal Setting for 2009 activity. And as many goal setters will recommend, I started by reviewing my goals for 2008. I don't always accomplish my goals. Sometimes it's because I change my mind or my life circumstances change. Sometimes I don't have good self-discipline and I decide to be lazy instead of work hard. But in 2008, I had been particularly productive.

I was pleasantly surprised at how many of my goals I had accomplished. Somehow, though, I was sitting there not feeling particularly fulfilled. I felt like all the busyness of the year was just distracting me from something that was missing. In 2008, I had also started going to church again and had been spending quite a bit of time with the pastor of my church and his wife. This is not a post about my conversion, although this couple had a great deal to do with my coming home to Jesus.

The more I was able to watch their marriage, the more I felt drawn to the idea. And for the first time, I was willing to say out loud, or at least on paper, that I wanted to get married and I wanted to have children and raise a family. Whew! That was a huge admission for me! I spent most of college thinking things like, "Women don't need husbands. Marriage is a shallow goal. I don't need a man to complete me. Marriage is an outdated institution. It's just a piece of paper." So my pride had to take a pretty big hit to admit that not only was wrong but that's exactly what I wanted.

Right behind "Improving my relationship with God" was my number two goal, "Meet my husband." If I could set my mind to ambitious work goals and accomplish them, I wanted to see what would happen if I shifted my focus to finding a life partner. I honestly thought it was a little silly but I know that God wants us to ask Him for the desires of our heart and I was ready to own what I wanted. What did that mean for my life? How do you go about finding your husband all of a sudden?

Nothing changed that much actually. I prayed that God would bring him into my life. I worked on being more confident. After all, if you want a confident man, it seems fair that you should try to be just as confident for him. I had a busy year again but around the fall, I felt God pulling my heart toward online dating. Eek! I ignored my pride shouting, "You're too good for that," and I went for it anyway. I took the plunge and signed up for eHarmony.

One month later I was matched with my husband and we got married eight months later! Don't get me wrong, I don't subscribe to the "think positive things and you will attract them" philosophy. But I do believe that God asks us to be honest with Him. I don't think God would have brought my husband into my life if I had kept putting my hands over my ears and saying, "La la la, I don't want to be married, la la la." I don't think my goal setting MADE God bring my husband into my life but I do think it allowed my heart to be open for the best plan that He had for me. 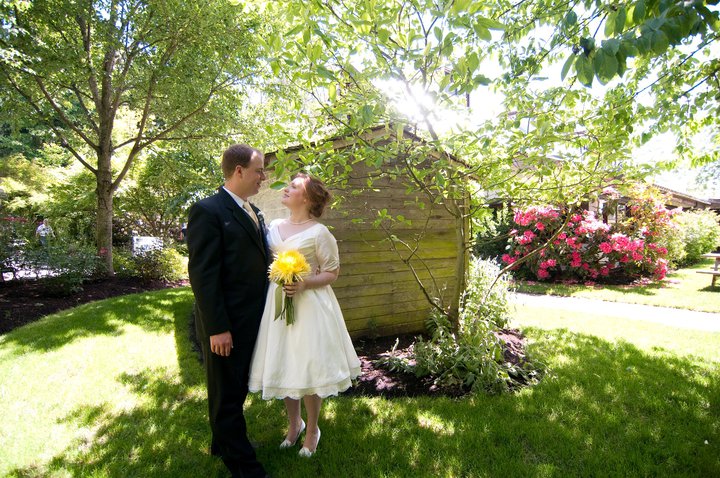 If you find yourself continuing to set goals just keep yourself busy or if you're afraid to admit the goals you have in your heart because you think you don't deserve them, start praying. Open up to God and listen to His plans for you. Then write them down and leave your heart open to what He wants to bring you. You may be surprised that it's very different than what you had in mind but it may also be exactly what you need.

Sterling Jaquith is a wife and mama to four little kiddos, lives in Boise, Idaho and is the host of the Coffee & Pearls show. As an adult convert, she had to discover Catholicism on her own. She is so in love with the truth and tradition of the Church that she dedicates her life to helping lukewarm Catholics discover the passion and joy of our great faith! Her books Catholic Mom Challenge and Be Merry are available on Amazon HERE!

10 Battles You Must Wage To Find Your Husband
Read
CC4M: "Mercy Calls Us to Witness: Becoming a Contagious Catholic"
Read
Marriage Rx: Married to a Catholic in Name Only
Read