Making the Case for Jesus: Uncovering the Biblical and Historical Evidence for Christ

Are the Gospels historically accurate, and can they be trusted?

Many modern scholars believe that the Gospels are not biographies of Jesus, that they were not authored by disciples of Jesus, and that they were written too late in the first century to be based on reliable eyewitness testimony. 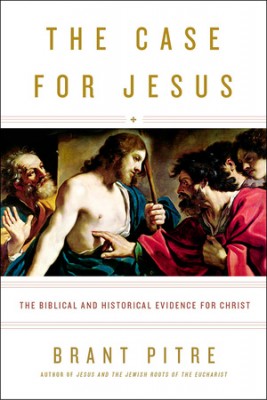 In The Case for Jesus (on sale Feb. 2), Dr. Brant Pitre, bestselling author of Jesus and the Jewish Roots of the Eucharist, taps into the wells of Christian scripture, history and tradition to ask and answer a number of questions about the origins and validity of the Gospels and one big question: Did Jesus of Nazareth claim to be God?

“Confusion about who Jesus claimed to be is everywhere and it’s spreading,” writes Dr. Pitre. “In fact, the idea that Jesus never claimed to be God may be more widespread today than ever before in history.”

In The Case for Jesus, Dr. Pitre offers compelling reasons for concluding that the four Gospels are first-century biographies of Jesus, written within the lifetime of the apostles, and based directly on eyewitness testimony.

The findings outlined in this book, which includes an afterword by Robert Barron, auxiliary bishop of the Archdiocese of Los Angeles and founder of Word on Fire, a global media ministry, have the potential to pull the rug out from under a century of skepticism toward the apostolic authorship and historical truth of the traditional Gospels.

“This book will prove to be a most effective weapon in the arsenal of Christian evangelists in their struggle against the debunking and skeptical attitudes toward the Gospels that are so prevalent, not only in academe, but also on the street, among young people who, sadly, are leaving the Churches in droves,” writes Bishop Barron.

In The Case for Jesus, Dr. Pitre asks and answers a number of questions, including:

Advance Praise for The Case for Jesus:

"Thanks to Dr. Pitre's magnificent book, you will now be equipped to make the case for Jesus and the veracity of the Gospel to even the most ardent skeptics." —Jennifer Fulwiler, author of Something Other than God

"The Case for Jesus topples the naive skepticism that too often dominates the study of the Gospels..." —Mary Healy, Sacred Heart Major Seminary

"A robust and rock-solid case for Jesus. The sensationalistic claims of super-sceptics are exposed as a sham as Pitre provides a meticulous presentation of the evidence about the reliability of the Gospels, who Jesus thought he was, and what he means today."—Michael F. Bird, Ridley College, Melbourne, Australia 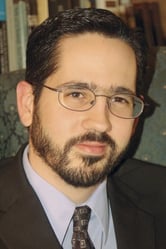 BRANT PITRE is a professor of Sacred Scripture at Notre Dame Seminary in New Orleans, Louisiana. He is the author of the bestselling book Jesus and the Jewish Roots of the Eucharist: Unlocking the Secrets of the Last Supper (2011) and Jesus the Bridegroom: The Greatest Love Story Every Told (2014). Dr. Pitre is an extremely enthusiastic and highly sought after speaker who lectures regularly across the United States. He has produced dozens of Bible studies on both CD and DVD, in which he explores the biblical roots of the Catholic faith. He has also appeared on a number of Catholic radio and television shows, such as Catholic Answers Live and programs on EWTN. He currently lives in Louisiana with his wife, Elizabeth, and their five children.

Re-Imagining - An Adventure in Uncovering Scripture
Read
"The Case for Christ" and a Stubbornly Historical Religion
Read
Meeting Jesus Christ: Meditations on the Word
Read