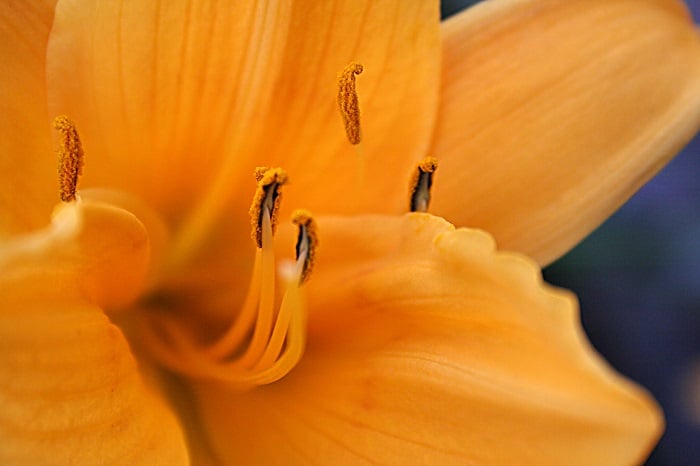 Prayer gardens are focused on any number of spiritually uplifting themes. They includes more than the eternally beloved Marian garden. Why not a garden that reflects the virtues?

According to the Catechism of the Catholic Church, there are four cardinal virtues: prudence, justice, fortitude, and temperance. There are also three theological virtues: faith, hope, and charity.  We’re pretty familiar with all of them. Though if you are like me, continue to work on each.

To begin to create a landscape themed on the virtues, start with the first cardinal virtue: prudence.

Prudence is right reason in action. It is the virtue that guides all the other virtues; it directs our thoughts to recognize the difference between good and evil. 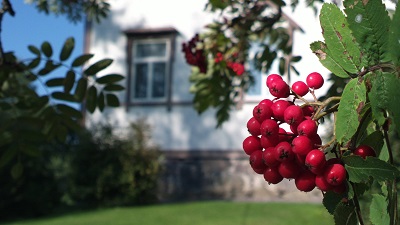 In the symbolic representation of plants, it is the European Mountain Ash, also known as Rowan, Sorbus aucuparia, which connotes prudence. One reason for this symbolism is that its leaves and fruit hold fast against the fickle winds of changing weather. It is prudence that immediately guides our judgment and conscious so we are not easily swayed by the fickleness of man.

This tree is also a reminder to practice prudence in that its flowers smell like rotting flesh, and so we are a reminder of our ultimate end!

A lovely alternate for the garden is the American Mountain Ash, Sorbus americana. This ornamental tree has four season of interest. In spring it breaks bud with bright chartreuse leaves, with both leaves and floral buds tipped in coral. In early summer it is covered with white corymbs, ach composed of nearly 250 small flowers. Come autumn the leaves range from a deep vibrant gold to a fiery red, while loaded with an abundance of red-orange berry clusters. These berries persist through winter, being food for birds. 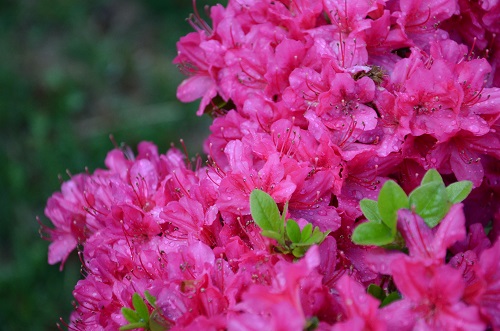 Another woody plant for this virtue is the dark pink azalea, Rhododendron ‘Prudence’. Like most azaleas, it prefers partial shade and highly organic acid soil that is evenly moist but well-drained. Plant them shallowly and mulch with organic material, such as pine needles or bark mulch, to conserve moisture and suppress weeds. It is hardy in Zones 6-9. If you do need to prune, which is rare, do so immediately after the flowers fade. Try to site them where they will not need to be pruned back from winter and wind damage or browsed by deer. Azaleas are popular for hedges, foundation plantings, mixed borders, and naturalistic gardens.

For the perennial flower bed consider Hemerocallis ‘Prudence’, a lovely deep gold daylily (image at top). It is showy, with slightly ruffled petals, fragrant, a late season bloomer with an extended bloom period. Like most daylilies it is rugged; easy to grow in full sun in average soil, hardy in Zones 3-9. (I couldn't find a royalty-free image, but the picture is very similar, lacking only the dark gold center.)

For more Catholic garden ideas, my latest book, A Catholic Gardener’s Spiritual Almanac, will offer inspiration. To learn how to build a prayer garden, my first book, A Garden of Visible Prayer, will lead you through the process one step at a time.

The Second of Virtuous Gardens: 3 Plants for Justice
Read
10 Evangelical Virtues of Mary: Prudence
Read
A Garden of Virtue, Plants for Fortitude
Read