My nerves were on edge as I pulled into the parking lot near the Planned Parenthood clinic. As I got myself and my three-year-old son out of the car, I made sure to grab some rosaries. I had been told to have them in my hand so the PP escort wouldn’t think I was there for an appointment . . . which would have been slightly awkward, to say the least.

I felt like I was walking onto a spiritual battlefield.

God loves us talking to Him. Prayers Matter and they do make a difference.

Let me start from the beginning. This is a true story about answered prayer. And when I talk about prayer, I mean both the formal kind and the informal kind.  Both kinds were answered for me this year in such an incredible way! I feel the need to tell the whole world (or anyone who will listen)!

Last year I started saying some prayers for women considering abortion. As I laid down to to sleep at night, I asked God to give these women hope and a support network. I asked God to help them not be afraid and to desire life for their unborn children.

Then one day I was walking up stairs with a load of laundry and a thought occurred to me. "I know I don't love these women as much as God loves them . . . how can my prayers help them?"

A short time later I found the Spiritual Adoption Prayer. I printed it out. My husband and I agreed to adopt a baby girl, and give her the name we have longed to give a daughter for years now. It's not a popular name, and we hesitated to share it. This blog post will be the first time we allow our favorite name for a baby girl to go public.

We named her Jaina Therese.

In the meantime we are announcing to the world that we have an approved home study and we are hoping to adopt a newborn. We don't have the money this time around to adopt through an agency, but if someone knows someone and we get connected with a young woman who would like to make an adoption plan we could do a private adoption. We have an excellent adoption attorney. We tell everyone we know and ask them to tell everyone they know.

We aren't making any connections. My mind and heart go back to the women who find themselves pregnant and decide to terminate their pregnancies. I start wondering if I stood in front of an abortion clinic with a sign that says, Unplanned Pregnancy? We want to adopt if it would inspire a woman to consider adoption and choose life. 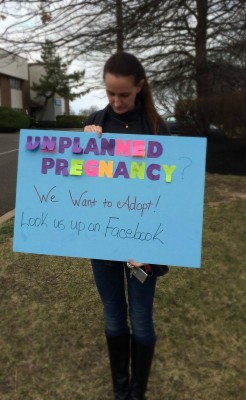 I start doing some research. I wanted to see if any Pro-Life groups stood in front of the Planned Parenthood that is a ten minute drive from my home. I certainly wasn't going to go alone. I discovered there was a small group that prayed on Fridays. I went to the store and bought a poster board. I took a marker and in my handwriting I wrote Unplanned Pregnancy? We want to adopt.

But I still planned on going. And one August morning, I decided this was the day. My son slept in (which never happened). I packed up some cereal and dressed him. Out the door we went. I wanted to make sure that I didn't miss the people who prayed the Rosary. My fear was once they were done, they would leave and I wouldn't get a chance to stand there with my sign.

My hope was more to save a life than to find our baby that day. My gut and my heart tell me that women who go to abortion appointments really do not want to be there.

I made sure I brought Rosaries, because I was told that an escort might think I am there for an appointment and start walking me into the building. That would be awkward!

I was so nervous when I got there. I grabbed my Rosaries, took my son out of his car seat and my sign out of the trunk. I felt like I was walking onto a spiritual battlefield.

A Bullhorn and a Lollipop

Not long after I arrived, a woman started talking through a bullhorn. She was saying, "we have someone here who will adopt your child..." She said other things too, but I was grabbing my son's hand and briskly walking away. I felt so uncomfortable and thought, "A bullhorn? Really? Who is going to respond to a bullhorn? There must be a better way."

Mary was the woman with the bullhorn. Once she was done pleading with the young girl to not go into the clinic, I returned to speak with her. I questioned the bullhorn tactic. Another woman who had been standing quietly the entire time with a pair of Rosaries chimed in.

As we talked, the unexpected happened.

The young woman whom Mary was pleading with through the bullhorn walked out of the clinic with her mother. They walked towards us. They kept walking towards us. Then four of us were hugging (Mary,"Anne," her mother and me). We all started to cry. It was an incredible moment.

After that initial hug, "Anne's" mom said, "she needs a place to stay." Mary immediately picked up her cell phone and started making phone calls. I introduced myself.  I asked "Anne" where she was from. She told me and I responded, "That's really far away; why did you come here?"

Anne responded, "The clinic near me will only do them (abortions) up until 13 weeks, 6 days. I'm 13 weeks, 8 days" - or something like that. I know she said 13 weeks and then the days were more than 7 - so I remember figuring out in my head that she was in her 14th week of pregnancy. 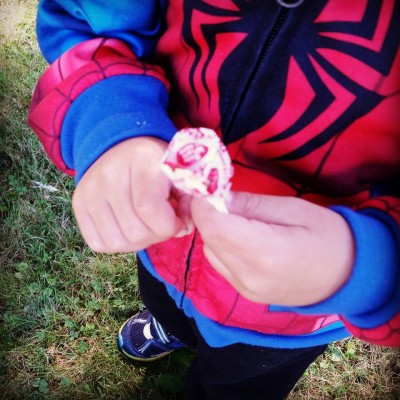 I then look at "Anne." Anne opens her pocketbook, takes out two lollipops. One for my son, and one for her. It was an awesome moment, and I was smiling ear to ear and thanking her.

Two days later I am in my kitchen sweeping. I think, "Anne" was about 14 weeks pregnant; I wonder how many weeks ago we started praying the Spiritual Adoption Prayer. I then counted.

Exactly 14 weeks and one day before I met "Anne" was May 7th - the day we began to pray the Spiritual Adoption Prayer. My jaw dropped, I got the chills and I probably said wow more than once.

Could this be the baby we spiritually adopted? Was "Anne" pregnant with a baby girl? Would she name her Jaina?

My husband, son and I continued to pray the Spiritual Adoption prayer every night after Grace before meals.

At the end of January I started to wonder how "Anne" was doing and if Mary was still in touch with her. I called Mary and asked. Mary said "Anne" is doing great. She also told me "It's a girl; did you know it's a girl?"

Huh. How about that? We had been praying for a girl - but it's either a girl or a boy, so that could be a coincidence, right?

I reminded Mary about the Spiritual Adoption Prayer and how we were praying for a girl and that we named her.

That night at dinner I told Matt that I talked to Mary. She said "Anne" is doing well and she is pregnant with a girl. I then said to Matt "I wonder if she will name her Jaina."

The text that made Mary do a double-take

About a week later, Mary checked in with Anne through a text message.  After a few days "Anne" responded. In the text, "Anne" thanked Mary for being at the right place at the right time.

She also said she "can't wait for my daughter J-A-N-A to be born."

Mary checked the text again. Who was it from? Does it really say that name???

She called me to tell me.

Jana was born healthy on February 15, 2016.  Mary and I are hoping we can meet her, hold her and tell "Anne" this story.

Will you join me and pray for an unborn baby? The incredibly talented Meg Florkowski created an awesome printable, which you can find on the original post at prayerwinechocolate.com.  I encourage you to print it out, name the baby and hang it up on the fridge! 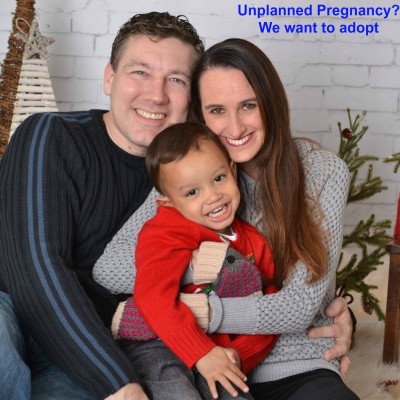 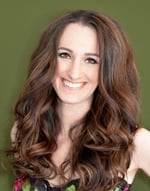 About the Author: Amy Brooks is a wife and adopted mom to a sweet little boy. Amy believes in life’s abundance, the Lord’s love for each and every individual and that every day is a new beginning that can be filled with hope. Amy is a writer/blogger atprayerwinechocolate.com.