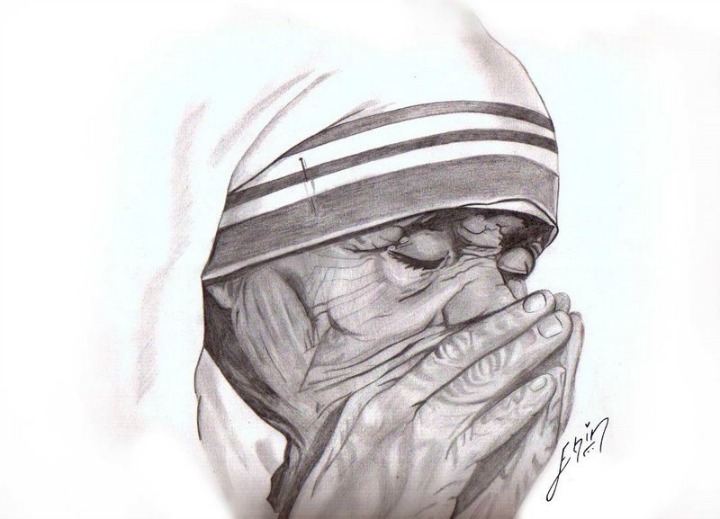 “The other day I dreamed that I was at the gates of heaven and St. Peter said, 'Go back to earth. There are no slums up here!'”

In 1996 Mother Teresa was quoted making this statement to Prince Michael of Greece. Her vision of the world included caring for the most humble and poor, children with diseases with no families to care for them! She promised them an education and
helped care for them giving unconditional love just like Jesus would do. She was the embodiment of
goodness and dedication while loving others.

A simple person, a woman of faith, a kind and giving person; always reaching out to those that were ill, dying or poor; and these were just some of the qualities associated with Mother Teresa. She was a powerful symbol of the virtue of charity.

On March 15th Pope Francis held a public consistory of Cardinals in the Vatican, during which time he signed the decree for canonization of Blessed Mother Teresa of Kolkata.

The second miracle attributed to her involved the healing of a Brazilian man with multiple brain abscesses caused by a viral brain infection whose family prayed for intercessory prayers for healing. He was completely healed which resulted in her now qualifying for sainthood.

She was the founder Of the Order of the Missionaries of Charity, a Catholic order dedicated to helping the poor. There were 4,000 Sisters working at 610 foundations in 123 countries. In 1979 she was awarded the Nobel Peace Prize, which drew global attention to this simple person.

She has been quoted so many times. She said once of herself: “By blood I am Albanian, by citizenship an Indian, by faith, I am a Catholic Nun. As to my calling, I belong to the world, as to my heart I belong entirely to Jesus.”

There was a certain humility associated with her that has never been accredited to anyone like her in our lifetime. Always with the rosary by her side, her devotion to the Mother of Jesus and her faith in Jesus’ love was what motivated her daily. In spite of everything she had accomplished she downplayed her own contributions. She died on September 5, 1997 at the age of 87.

I read many reports on Mother Teresa questioning her worthiness as a Christian by many Protestant ministers. They commended her works but since she expressed doubts, like many do, she was criticized for losing faith in God. She washed and cared for the wounded, and the sick and dying. She was surrounded by pain and suffering day after day. Certainly we can understand having moments of doubt in that environment. She went on to establish orphanages, a nursing home, a health clinic, family clinics, whatever she could that would help care for the sick and dying. She never lost her love and devotion to Jesus and this we know because of her actions and her dedication to others. I applaud the Vatican for stepping up recognizing her goodness and declaring her a Saint.

As for the doubters of her faith in God, I recommend you read some of her many books where she finds the love of Jesus through helping others. Welcome, Saint Mother Teresa, to the family of Saints!

Mother Mary and the scent of Roses!
Read
"Mother Mary Comes to Me"
Read
Finding Your Inner Grace: Understand What Motherhood Means
Read